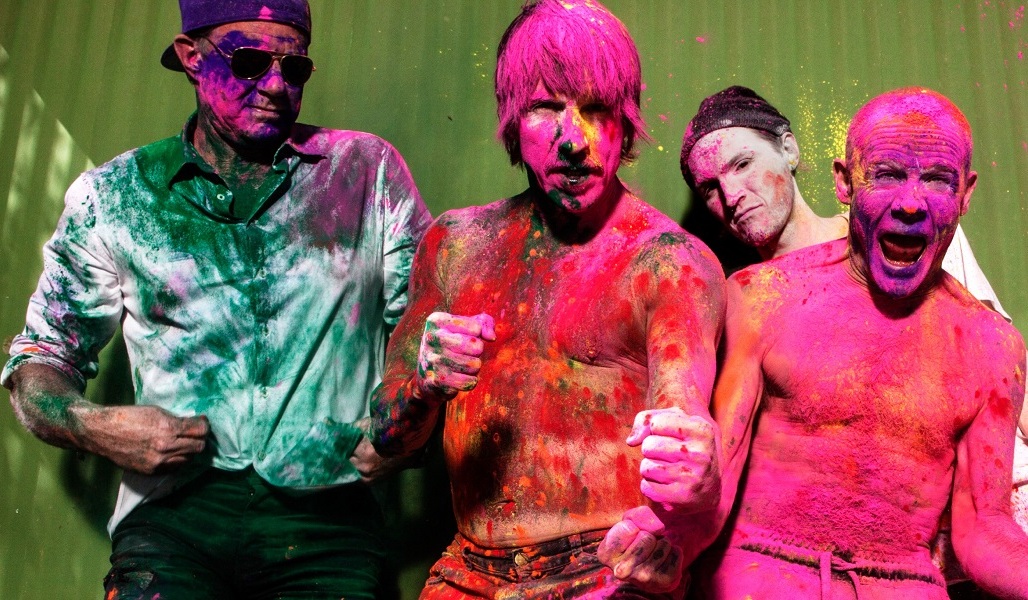 The hugely-anticipated entertainment schedule for Abu Dhabi Showdown Week has been revealed, with the seven-day series of city-wide events - which take place September 1-7 ahead of UFCâ 242: KHABIB VS. POIRIER- shaping up to be the hottest week-long party in the Middle East.

With only a handful of VIP and hotel package tickets left available for UFCâ 242,Abu Dhabi Showdown Week, organised by the Department of Culture and Tourism – Abu Dhabi (DCT Abu Dhabi),has upped its own ante with an expansive series of lifestyle, retail and culinary promotions and an eye-catching schedule of parties and after-parties hosted by major international nightlife brands.

Cementing Abu Dhabi’s growing status as an entertainment hotspot, the UAE capital will come alive during Abu Dhabi Showdown Week, with dedicated beach and pool parties by day, and headline concerts and high-energy after-parties by night.

Superstar rock group Red Hot Chili Peppers are already confirmed to make their UAE debut with a spectacular concert on September 4, which will be followed by another world-class concert by a ‘mystery’ act on September 5. While both concerts will take place at The Arena, a new indoor venue being constructed on Abu Dhabi’s Yas Island that will also stage UFCâ 242 on September 7, the party vibe extends right across Yas Island and beyond all through the week.

With even more events due to be added in coming weeks, the current line-up of parties and nightlife events includes pool parties at Saadiyat Beach Club on September 2 and 3,a fight night viewing party at the same venue on September 7and a week-long Abu Dhabi Showdown Week poolside brunch offering at The Edition. Things go up a gear with the official Red Hot Chili Peppers After Party, BIZAAR by Mad on September 4, and a second official post-concert After Party, Drai’s Las Vegas at the same venue following the September 5 concert.

On September 6, Drai’s Las Vegas will also host a pool party at the Fairmont and in the evening, following the UFCâ 242 weigh-in, domestic and international partygoers can enjoy the after party in The Edition Club, The Annex. Partygoers are also spoiled for choice on September 7, as the inaugural Abu Dhabi Showdown Week gets not one but two options for a fitting finale, with The White Experience and Socialista at Cipriani both set to round off the week with a bang.

“We have assembled some of the world’s biggest leisure and nightlife brands to create Abu Dhabi Showdown Week’s wide-ranging schedule of beach, pool and after parties across a number of Abu Dhabi’s leading hotels, resorts and clubs. This holistic entertainment schedule will ensure that international visitors - and local residents alike - experience a dynamic Abu Dhabi Showdown Week programme that lets all fans experience the emirate’s diverse entertainment and nightlife proposition,” said Ali Hassan Al Shaiba, Acting Executive Director of Tourism and Marketing at DCT Abu Dhabi.

On the culinary front, residents and international visitors will be kept well-fed throughout Abu Dhabi Showdown Week with 25-plus restaurants, bars and cafes across the UAE capital participating in a city-wide ‘Knockout Burgers’ campaign running from August 25 – September 7.

Elsewhere, hotels and dining destinations onYas Island and Saadiyat Island will bepreparing their own culinary offerings as part of a value-add culinary promotion exclusively for Abu Dhabi Showdown Week.

Running from August 15 to September 7, ‘Knockout Deals’ will align with the traditional back-to-school period and offer shoppers discounts ranging from 25% upwards on health products, fitness apparel and active wear, while the mega ‘Shop & Win’ promotion will see any shopper spending AED200 or more entered into a unified city-wide raffle for a chance to win a brand-new Mercedes-Benz A Class or C Class.

In addition, a series of in-mall activations running during the seven-day Abu Dhabi Showdown Week period will hand members of the public, money-can’t-buy chances for photo opportunities and meet-and-greets with UFC athletes, and pose for social media-friendly snaps with replica UFC belts.

“With many of Abu Dhabi’s leading malls and retail destinations supporting Abu Dhabi Showdown Week, local and international fans - including more than 4,000 foreign visitors descending on Abu Dhabi for UFCâ 242 - can take advantage of special discounts, promotions and bumper deals at unbeatable prices all across the emirate,” said Al Shaiba.

“These eclectic offerings will accentuate Abu Dhabi’s credentials as a world-class shopping destination and stimulate increased revenue across participating outlets, while our food and beverage partners have united to create a compelling menu of themed promotions that will ensure the spirit of Abu Dhabi Showdown Week extends well beyond its core concert and MMA components to stimulate business for restaurants, cafes and bars.”

With UFCâ 242 serving as the mega Abu Dhabi Showdown Week headliner, fans and the general public will be able to experience the world’s fastest-growing sport franchise in various athlete-led activities across the UAE capital.

Across the week, there will be open workouts, autograph signings and meet-and-greet sessions at various locations. With the UFCâ 242 weigh-in at The Arena on Yas Island taking place on September 6, further information on how to claim a free ticket to the weigh-in will be released in coming weeks.

“The UFCâ 242 weigh-in will give fans the opportunity to see their favourite athletes square off face-to-face during an amazing afternoon of drama,” added Al Shaiba.

Fans descending on Yas Island for the weigh-in can also soak up the activity-packed UFC Fan Experience, which allows fans of UFC to fully immerse themselves in the organisation and its stars.

The Abu Dhabi Sports and Fitness Expo, managed by UAE-based Universal Music Fitness and Fashion (UMFF), will feature leading international exhibitors, competitions, fitness programmes, activations, and international conferences during a three-day run at du Forum on Yas Island from September 5-7. This expo is a premier event in the Middle East Region pertaining to wellness, fitness and healthy life style.

Designed to complement the city-wide Abu Dhabi Showdown Week programme and promote health and fitness, the dedicated industry platform will welcome fitness celebrities such as four times Mr. Olympia Jay Cutler and Mr. Universe, Mike O’Hearnand featurelive fitness shows for all ages. Ticket prices range from AED50 for a one-day pass, to AED120 for a three-day pass. A single day VIP pass, which includes exclusive opportunities to get up-close to global fitness celebrities, is priced at AED100.