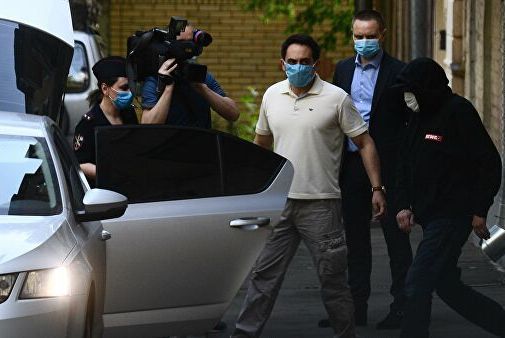 Russian law enforcement have launched a criminal case against famous actor Mikhail Efremov following a fatal car accident in central Moscow on the evening of June 8.

The crash took place on Moscow’s Garden Ring road near Smolenskaya Square at 21:44. The actor was behind the wheel of a Jeep Grand Cherokee, which he drove into oncoming traffic at a very high speed, colliding with a delivery van and damaging several other cars. According to the outlet Baza, there were two other passengers in the car at the time: actor Ivan Stebunov and his wife Elena Vlasova. However, Stebunov denied these reports in conversation with the television channel “360” and a TASS source later confirmed that Efremov was alone in the car at the time of the crash.

Efremov was arrested at the scene of the accident. A medical examination showed that he was intoxicated at the time of the crash. According to reports from Baza, Interfax, and RBC (the latter citing a source in the Moscow police headquarters), Efremov’s blood alcohol level was 2.1 ppm, which is roughly equivalent to drinking a half-liter bottle of vodka. “This is the upper limit of moderate intoxication, the transition to severe intoxication”. 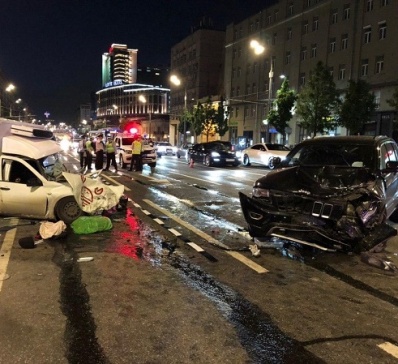 The driver of the van, 57-year-old Sergey Zakharov, was seriously injured during the crash and dies in hospital on the morning of June 9. According to Mash, Zakharov worked as a delivery driver for the online store Delikateska.ru. Following the accident, TASS reported that he had been hospitalized with multiple fractures and head injuries.

Zakharov’s death was reported on the morning of June 9. RIA Novosti later confirmed these reports at the hospital. “He received multiple injuries to vital organs and had major blood loss. They began to shut down one by one…The doctors fought for his life all night. However, in the morning [his] heart failed and [they] were unable to restore his heart rate,” according to an informed source.

Efremov initially faced criminal charges for traffic violations involving “by negligence the infliction of grave injury to human health”; an offense punishable by up to seven years in prison. Following Zakharov’s death, however, the charges against Efremov were reclassified as a more serious offense: “the violation of traffic rules, committed in a state of intoxication and involving the death of a person through negligence.” He could now face between five and twelve years in prison.

Efremov’s lawyer confirmed that the actor does not deny his involvement in the accident, but has yet to undergo interrogation and, therefore, has not officially pleaded guilty. Meanwhile, an RT source claims that Efremov could be placed under house arrest as a preventative measure.

According to a TASS source in law enforcement, Efremov has faced administrative proceedings for traffic violations 10 times already since the beginning of 2020. Similarly, MBKh Media reports that there are 11 unpaid fines, totalling 36,500 rubles (approximately $530), associated with the vehicle Efremov was driving at the time of the crash. Two tickets for 5,000 rubles (approximately $73) were issued on the day of the accident, June 8.