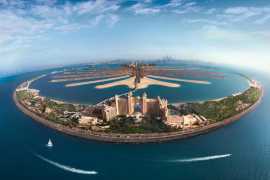 Whether it’s luxury shopping, a desert adventure or checking out the latest in architecture and innovation, Dubai  is definitely the UAE city with the biggest personality and reputation. As host of the upcoming 2020 World Expo the interest in the emirate is growing, and with that comes one new hotel after another at a rapid pace. Having lived in the Emirates and stayed in many of the establishments in my shortlist, this is my pick of the best places that will make your Dubai stay both... Read More 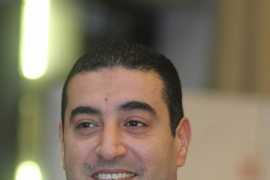 He joins Copthorne Kuwait City Hotel with more than 20 years of experience in hotel operations, most recently as the General Manager of Copthorne Al Jahra Hotel & Resort in Kuwait, also part of the Millennium & Copthorne Hotels Middle East & Africa brand. 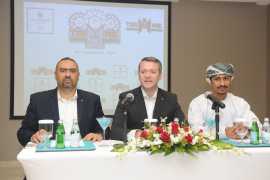 Millennium Resort Mussanah, an award-winning resort destination for relaxation and recreation in the Sultanate of Oman, today announced that registration for this year’s Millennium Triathlon to be held on September 21, 2018, is now open.

Held in association with Triathlol Middle East LLC, the annual endurance race for triathletes will also see the participation of younger athletes who will compete in the first Millennium Kids Aquathlon.

The two events were announced at a press... Read More 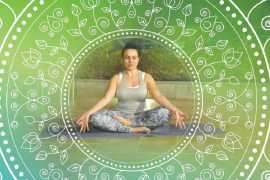 Copthorne Hotel Dubai, the popular hotel in Deira, is offering an exclusive gym membership package and introducing yoga classes to encourage local residents and expats to stay fit and healthy.

Depending on your lifestyle and wellness aspirations, the introductory rates for individuals and couples who want to join the gym at Horizon Health Club start at AED300 for single and AED550 for double for a one-month membership. Rates come in one, three, six months and yearly membership. 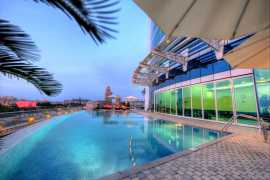 TAMANI Marina Hotel & Hotel Apartment in Dubai, a relaxing city escape and the perfect getaway for families and friends, announced today it has received a TripAdvisor® Certificate of Excellence, an achievement that is bestowed on hotels that have received excellent traveller reviews on TripAdvisor during the last 12 months.

TAMANI Marina Hotel & Hotel Apartment has been selected for the 2018 Certificate of Excellence for the consistent achievement of high ratings from... Read More 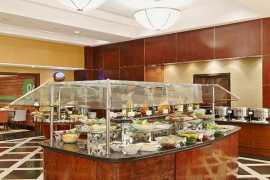 During the Eid Al Adha festivities, Copthorne Hotel Kuwait City invites residents and visitors to celebrate this joyous occasion and spend quality time with loved ones and friends.

The 4-star city hotel will be your host to a splendid Eid holiday with room rates starting at 45KD per night for single and double occupancy. The package includes a sumptuous breakfast for two adults and two kids below six years at Downtown Restaurant, featuring a rich buffet of mouth-watering cuisines,... Read More 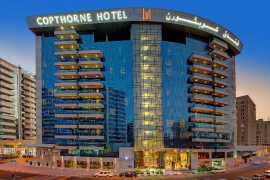 Copthorne Hotel Dubai, the popular 4-star hotel located in Port Saeed in Deira, witnessed a 3% year-on-year increase in hotel occupancy during the first six months of 2018.

With a year-to-date average occupancy of 85%, the hotel marked positive growth given the challenging market conditions, where four new hotels have entered the immediate neighbourhood and the total number of room key inventory across the city has reached approximately 110,000.

The growth was driven by the... Read More 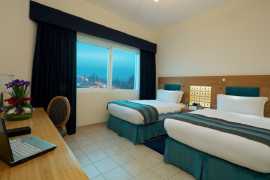 Celebrate Eid Al Adha at TAMANI Marina Hotel & Hotel Apartment in Dubai, a relaxing city escape and the perfect getaway for families and friends who want to create beautiful memories together this season.

Stay in a luxurious Two or Three bedroom suites during the Eid Holidays and save more that 35% discount on best available rate. A family of four – 2 adults and 2 children - will also receive 15% off on Food and beverages at Café Society, while kids below 8 years can eat free and... Read More 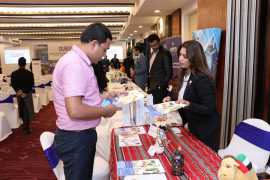 The team of Golden Sands Hotel Apartments, part of A.A. Al Moosa Enterprises and pioneered the concept of hotel apartments in the region, returned from a successful participation in the Dubai tourism road show in India last July 30 to August 3, 2018.

The team joined the delegation headed by the Dubai Department of Tourism and Commerce Marketing (DTCM) that visited the cities of Kolkata, Pune, Ahmedabad and Mumbai and met with potential partners and buyers, in a move to... Read More 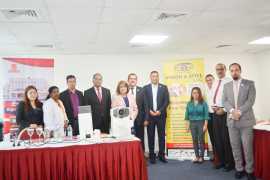 Al Bustan Centre & Residence, the popular hotel-apartment among tourists and businessmen in the heart of Dubai, recently organized a free comprehensive eye check-up for all its employees in association with Visual and Style Opticals LLC.

The session held as part of the property’s Responsible Awareness Program was addressed by Optometrist – Mr. Ivan Tauro and Mr. Asutosh Kumar. The optometrists kicked off the session by bursting a myth followed by many that if an individual... Read More