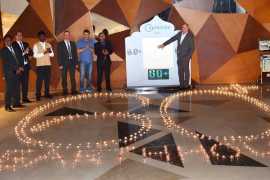 As the Earth Hour clock struck 8:30pm on Saturday night, Copthorne Hotel Dubai in Deira switched off lights and joined the entire nation in observing the biggest environmental event of the year.

The hotel team and many hotel guests gathered together at the lobby before 8:30pm where a symbolic switch had been placed and lit candles in the shape of 60+ Earth Hour.

General Manager Glenn Nobbs who led the ceremony turned off the symbolic switch at 8:30pm, which signaled the start... Read More 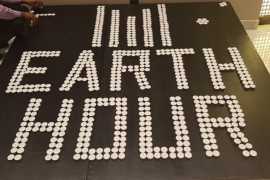 The Millennium Plaza Dubai, a luxury accommodation located along Sheikh Zayed Road, was in near complete darkness for a solid hour on Saturday, as the property marked Earth Hour, the world’s largest grassroots movement for the environment.

The property joined other hotels and establishments in the UAE and across the globe in celebrating the annual energy conservation movement by switching off the main building exterior lighting, dimming of the interior lobby and reception lighting and... Read More 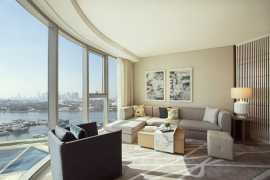 Dubai, UAE – March 12, 2018: Fortifying its pre-eminent position in Dubai’s thriving tourism and hospitality sector, Rotana, one of the leading hotel management companies in the region with hotels across the Middle East, Africa and Turkey, officially inaugurated Al Bandar Rotana and Al Bandar Arjaan by Rotana located on the north shore of Dubai Creek. 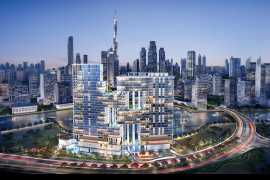 The National -- A Dorchester hotel is coming to Dubai, with Dubai-based developer Omniyat collaborating with The Dorchester Collection to open a hotel along the Canal in Dubai Holding's Marasi Business Bay.

The London Dorchester Hotel sits on Park Lane, and is famous for its afternoon teas, as well as its A-list guests. Everyone from Winston Churchill to Queen Elizabeth and Oprah Winfrey to Lady Gaga has been spotted staying or dining there.

The property will be called Private... Read More 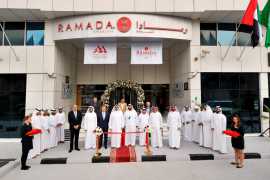 A.A. Al Moosa Enterprises LLC, a dynamic, service oriented conglomerate that offers a wide spectrum of business interests, welcomed the opening of the upscale 4-star Ramada Hotel & Suites Sharjah, an addition to the growing number of  mid-market properties in the UAE and is expected to further boost the hospitality market in Sharjah.

In support of His Highness Sheikh Dr. Sultan bin Muhammed Al Qasimi, Member of the Supreme Council and Ruler of Sharjah’s vision to increase... Read More 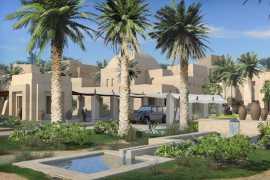 Arabian Business -- Spread over an area of more than 20,000 metres square and located 50 km to the south east of Abu Dhabi, will comprise of 90 hotel rooms and 13 villas, with complementary premium facilities, including all-day-dining, pool and rooftop bars, Talise spa and an offsite desert camp, along with other leisure options as well as conference and meeting facilities.

Due to open in September 2018, the Arabian-style hotel will be developed by hospitality company, Abu Dhabi... Read More 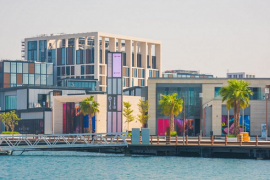 The National -- The Dubai-based hospitality group Jumeirah has launched a new hotel brand to appeal to young, design-conscious travellers, with rooms going on sale from Dh528 per night including taxes.

Zabeel House, which Jumeirah says has been created "in response to the continuing and growing trend for exploration and enrichment through travel experiences", is kicking off with hotels in Dubai, Saudi Arabia and the United Kingdom, with the first property, Zabeel House Mini Al Seef on... Read More 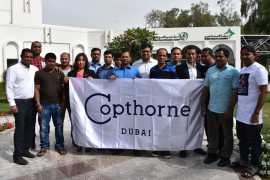 In collaboration with the Dubai Blood Donation Centre in Latifa Hospital, a total of 18 hotel employees bravely and proudly donated blood to support the noble cause that will help save the lives of many. 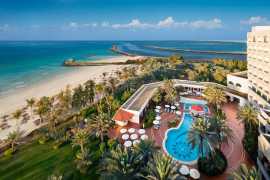 Ajman Hotel, your next step to paradise is definitely just a drive away

An escape to a five-star luxury oasis on the shores of the shimmering Arabian Gulf, surrounded by lush green gardens, awaits at Ajman Hotel, only a 30-minute drive away from the buzz of downtown Dubai. As Ajman is the smallest of the seven Emirates and a true yet undiscovered gem in the mystical UAE with a lot of secrets left to be uncovered, Ajman Hotel features the longest white-sand private beach surrounded by plenty of palm trees, creating the perfect relaxing environment you have been... Read More 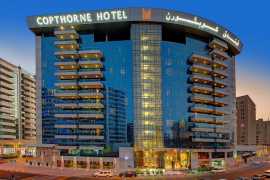 A Valentine’s Day to remember at Copthorne Hotel Dubai

Valentine’s Day is all about love and romance and what better way to express your love by treating your special someone to a spectacular dining experience at Copthorne Hotel Dubai in Deira.

The 4-star hotel is celebrating the most romantic day of the year with a set menu dinner skillfully prepared by the culinary team featuring Grilled Rib Eye Steak and Salmon Fillet and the tempting Red Velvet cake for dessert. The sumptuous menu priced at AED79 per person includes complimentary tea... Read More