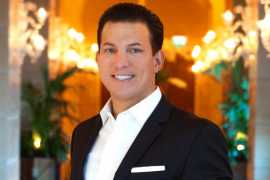 Atlantis, The Palm’s Senior Vice President, Operations and General Manager Timothy M. Kelly talked to Aviamost about the brand's new properties such as The Royal Atlantis Resort & Residences on the Palm which is coming soon in 2019 and much anticipated Atlantis Sanya opening on China's Hainan Island in February this year.

Atlantis, The Palm remains one of the most popular resorts in Dubai and UAE, welcoming guests from across the world. How do you stand out in a competitive ever-... Read More 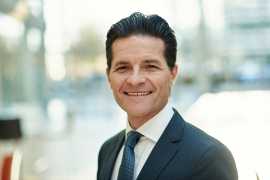 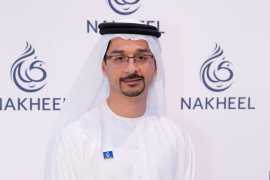 We have unveiled a diverse range of projects throughout 2017, in particular... Read More 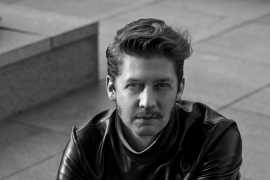 Unique craftsmanship and highest quality coupled with tradition and perfection in every detail - those special properties are the symbol of the products of the premium brand Aigner. Today the German brand, with its three product areas leather, accessories and fashion, is part of the premier class and can be regularly admired at the Fashion Fairs in Milan. The distinctive mark of the world-famous brand is the characteristic Aigner "A", a small horseshoe, which identifies its owner as a... Read More 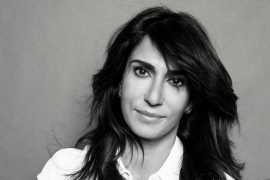 Parisian chic; while those who have 'got' it might attribute it to je ne sais quoi, Maje Founder and Artistic Director Judith Milgrom manages to translate it into each and every collection – much to the delight of the brand’s scores of devotees.

The first piece I remember having made was a print waisted cocktail dress when other brands were doing only black, white minimalist clothes. 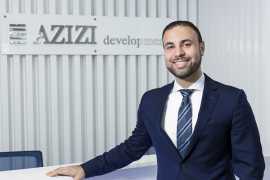 During Cityscape Global 2017 we met with Farhad Azizi, the Chief Executive Officer for Azizi Developments, a subsidiary of the Azizi Group of which he is the Vice-Chairman. We spoke about Dubai's latest mega-project, its AED 12 billion (US $3.27 billion) Azizi Riviera waterfront project which is situated within Dubai’s Meydan One development in Mohammad Bin Rashid Al Maktoum City.

During Cityscape Global 2017, you announced the launch of the 2nd phase of the Riviera project. Please... Read More 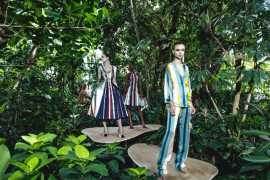 Aviamost spoke to chic Parisian fashion brand Paule Ka’s new Creative Director Alithia Spuri-Zampetti to discover her plans for its future. She took over the post in 2015 from brand founder and creative director Serge Cajfinger

Tell us a little bit about your fashion journey.

Before coming to Paule Ka I worked for Valentino and Bottega Veneta. I then worked six years at Lanvin under Alber Elbaz.

What inspired you to become a fashion designer? 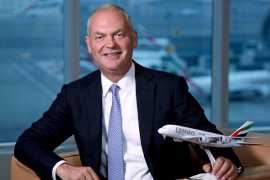 Once again, Emirates Winner of the Best Airline Worldwide Award!

During the Arabian Travel Market we met with Thierry Antinori – Executive Vice President and Chief Commercial Officer at Emirates Airline who revealed their winning combination.

In a competitive industry, what differentiates Emirates Airline from other airlines so that seats are filled while maintaining low operating costs?

I think Emirates is the most customer-centric airline. Everything we do is to give the customer the best value for money in each class: First Class,... Read More 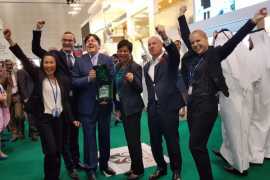 ATM 2017 was full of wonderful surprises and incredible moments. The most fantastic one was for Aviamost to share the excitement and celebrations with the Atlantis team – the Kerzner International Resorts,  was awarded the Best Stand Design on the final day of the exhibition. Congratulations!

With so many “wow” effects today at the exhibition and with so many new properties coming up every day, how do you still “wow” your guests and distinguish yourself from competition? 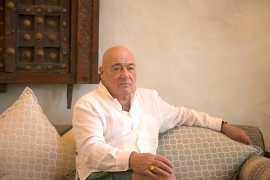 Vladimir Pozner, a famous intellectual, a great journalist, a valuable source of knowledge, an exceptional human being, a man whose words carry their weight, are carefully chosen and sacred to many.

In this part of the world, Vladimir Pozner needs no further introduction, he is known best as the “Larry King” of Russia.

Vladmir Pozner graced us with his presence during his visit to Dubai end of March 2017. To say our encounter was full of excitement does not do him any justice.... Read More