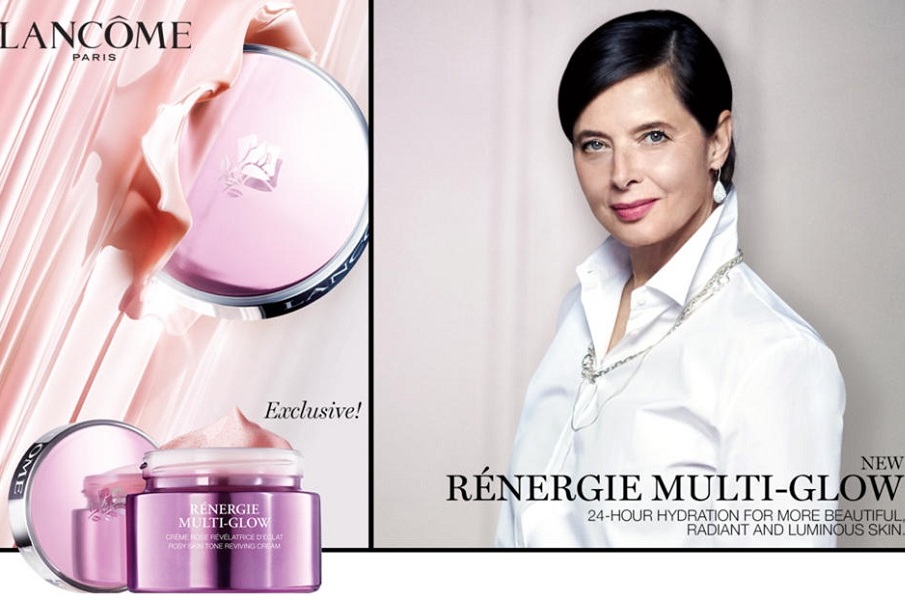 The daughter of screen legend Ingrid Bergman and director Roberto Rossellini, hers is a face that has been frozen in time, countless times over the last four decades – the mournful countenance of Dorothy Vallens in Blue Velvet; the wickedly seductive Lisle Von Rhoman in Death Becomes Her; and the wistful, sepia-toned glance that will forever come to mind when women over 40 hear the word ‘Trésor’.

But in 1982, when Lancôme cast her as their leading lady, she had yet to embark on the acting career that would make her name. At 30 years old, with just two years modelling experience under her belt, she went on to become the sole face of Lancôme’s advertising, and at the time, the world’s highest paid model. While most cosmetics companies through the ‘80s and ‘90s insisted on frequent injections of new blood, Rossellini and Lancôme lasted 14 years together.

She was 44 when it was decided she was too old to be the face of a beauty brand.

In her first campaign with the brand in 22 years she promote pearlised pink pot of Lancôme’s new Renergie Multi-glow.

Now in her sixties, as her mother predicted, she’s back on screens, and gratifyingly, she’s also back on the department store light boxes that once made her face so instantly recognisible.