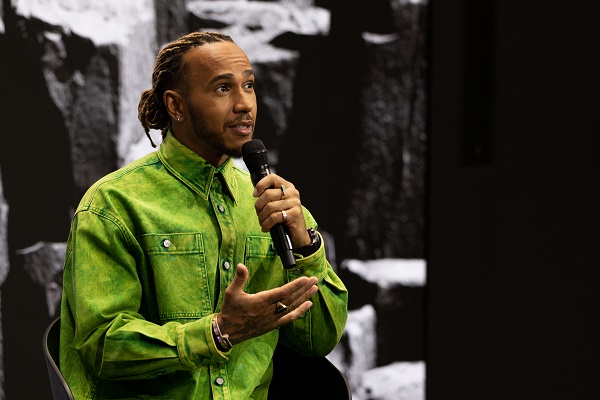 Throughout the Watches and Wonders exhibition in Geneva, IWC Schaffhausen is hosting a series of three Signature Talks. During the second event, titled “Being a Pilot”, the Swiss luxury watchmaker brought together Seven-Time Formula OneTM World Champion Lewis Hamilton and Nine-Time Grand PrixTM motorcycle racing World Champion Valentino Rossi. Hamilton, a member of the IWC family since 2013 and Rossi, newly joining the IWC family, talked about their careers and lives on the track during a fascinating live conversation, which was also streamed worldwide.

Hamilton, considered to be the most successful Formula OneTM driver in history, races for IWC’s longstanding partner, the Mercedes-AMG Petronas Formula One Team. As well as his seven world titles, he holds multiple records within the sport including most race wins - and is an important advocate for greater global equality. One of his most recent endeavours is Ignite, a joint charitable initiative set up by the Briton and his Formula OneTM team to improve diversity and inclusion in motorsport. IWC will work with the team to define and deliver a meaningful contribution to Ignite. 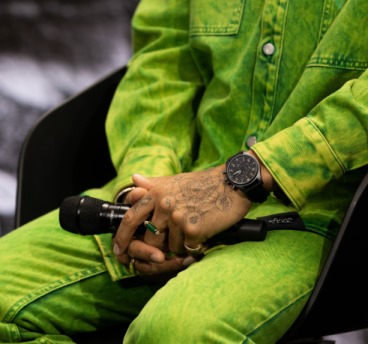 Rossi called time on his incredible 26-year motorcycling career in 2021. A global icon, he won a record-setting nine championships in 125cc, 250cc, 500cc and MotoGPTM and claimed 235 podiums and 115 race wins during his career on two wheels. In 2022, the Italian 43-year-old is switching to four wheels for a new chapter, competing in this season’s ten-round GT World Challenge Europe.

The starting point for the Signature Talk began with a reminder of a particular moment in 2019 when Rossi drove Hamilton’s Formula OneTM car, and the Briton rode the Italian’s MotoGPTM bike to great success in Valencia, Spain. The two racing legends discussed their memories of that day, how they felt making the switch from four wheels to two and vice versa, and why they believed they could make the swap between two entirely different vehicles look so effortless. From there, the conversation covered the transferable ‘meta skills’ of racers, their career highlights, as well as their mutual respect and friendship.

ONCE A PILOT, ALWAYS A PILOT

Later in the conversation, the two elite ‘pilots’ on terra firma also shared their thoughts on aviation, particularly supersonic jets, comparing the feeling of ultra-fast flight with the physical and psychological experiences they undergo when moving at speed in the cockpit or on the bike. Lastly, the two greats discussed what skills and character traits it takes to compete at an elite level and what vehicle they would choose to be their ‘ultimate ride’.

Mercedes-AMG Petronas Formula One Team is the works team of Mercedes-Benz, competing at the pinnacle of motorsport – the FIA Formula OneTM World Championship. Formula One is like nothing else in the sporting sphere. It’s a demanding technical and human challenge, combining cutting-edge technologies and innovation, high-performance management and elite teamwork. At Mercedes-AMG Petronas Formula One Team, a group of passionate and determined people work to design, develop and manufacture the cars driven by seven-time World Champion Lewis Hamilton and young star George Russell. The team has set a new benchmark for F1 success during the sport’s current Hybrid era, winning consecutive Drivers’ and Constructors’ World Championships in 2014, 2015, 2016, 2017, 2018, 2019 and 2020, and the Constructors’ Championship in 2021. During those title-winning seasons, the team has scored 111 wins, 232 podium finishes, 118 pole positions, 81 fastest laps and 53 one-two finishes from 160 race starts.