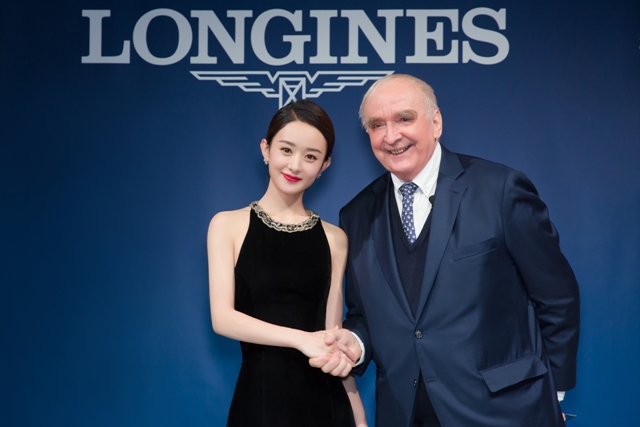 Swiss watch brand Longines celebrated its 185th Anniversary in Beijing, commemorating a legacy of tradition, elegance and performance at a grand gala evening in the capital’s historic Imperial Ancestral Temple (Taimiao). Headlining the event was the official launch of the Record collection, the latest emblem of the brand’s watchmaking expertise, as well as the announcement of the new Chinese Brand Ambassador for Longines, Zhao Liying – a leading star in the Chinese cinematic universe.

Announced at Baselworld 2017, the Record collection was the highlight of the celebrations, conveying a sense of timeless excellence unique to the Longines brand. With a powerful profile and advanced technical innovation, this landmark collection is symbolic of the brand’s commitment to timeless excellence. The entire series of automatic timepieces has been awarded a “chronometer” distinction by the Swiss Official Chronometer Testing Institute (COSC). The models feature a single-crystal silicon balance spring with unique properties, ensuring the highest calibre of performance that can be achieved in a quality timepiece of today. The technical innovation of the Record collection will secure its place among Longines’ most classic timepieces. 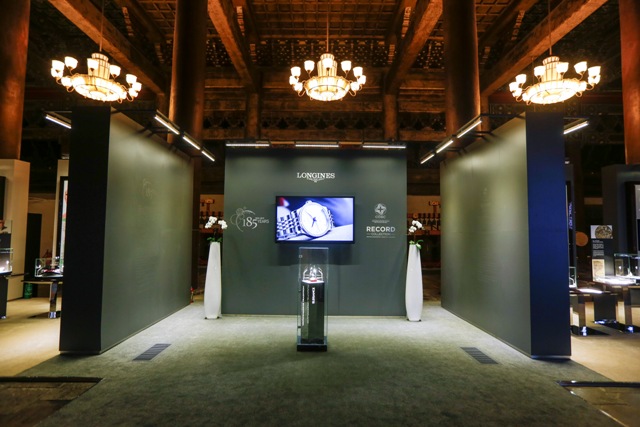 By presenting this new watches in the heart of Taimiao, one of Beijing’s most iconic and enduring dynastic vestiges, Mr von Känel, President of Longines, said “Tradition, elegance and performance, three values dear to Longines, are perfectly combined in the new collection that we are launching today: the Record collection. Indeed, its models do not simply show Longines’ watchmaking expertise, but they are also a display of the brand’s signature classic style.”

The evening was also the occasion to celebrate the brand’s 185th anniversary. Timepieces from the Record collection are exhibited alongside a selection of vintage mementos in the Longines 185th Anniversary Exhibition hosted at Taimiao until 19 November. The exhibition features some of Longines’ most iconic modern timepieces as well as a curated selection of vintage pocket watches, timing devices, early wristwatches directly sourced from the Longines museum in Saint-Imier. With collections of archived photographs, achievements, advertisements and films on display, visitors are offered a unique glimpse into the company’s decorated past. 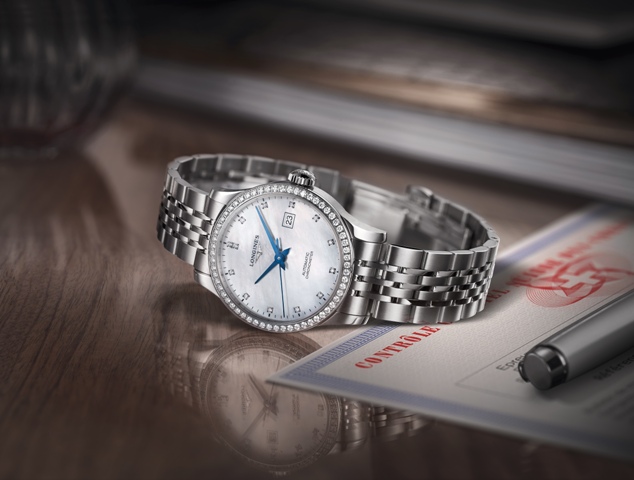 Guests also witnessed the launch of “Longines through Time”,a historical book, written by Longines International Brand Heritage Manager Ms Stéphanie Lachat. Retracing the evolution of Longines since its establishment in 1832, the book delivers an insightful account of the its centuries-long devotion to elegance and performance. It serves as a tribute to the brand’s renowned approach to watchmaking and timekeeping, seamlessly embracing both heritage and innovation in the creation of all its timepieces.

To cap the evening, Longines introduced its new Ambassador of Elegance, Zhao Liying. Adored by the audience for her pretty look and admirable professional acting skills, the Chinese actress already has an impressive list of successes despite her young age. Ranked fourth in Forbes’ 2017 Top 100 Chinese Celebrities, Ms Liying is the newest addition to the Saint-Imier company’s star-studded circle of Ambassadors that includes Kate Winslet, Simon Baker and Aishwarya Rai Bachchan, among others.

Ms Zhao Lying graciously said the following about what she shares with the brand: “I would like to say how delighted I am to be here tonight with Longines for the launch of the new Record collection. As a woman, I am proud to be the Ambassador of a brand which sells as many lady watches as men’s. I am very proud to be now a part of Longines history.”

Guests had the opportunity to visit the exhibition after the official parts. The Longines 185th Anniversary Exhibition is also open for public viewing from November 18-19 between 9 am and 4pm.

Based in St. Imier, Switzerland, since 1832, the Longines watch company boasts a know-how forged in tradition, elegance and performance. With its long heritage as timekeeper for world championships and as a partner of numerous international sports federations, Longines has over the years established solid and long-lasting links with the world of sport. Renowned for the elegance of its timepieces, Longines is a member of Swatch Group Ltd, the world's leading manufacturer of watches and watch parts. With its famous winged hourglass logo, the brand has outlets in over 150 countries all around the world.