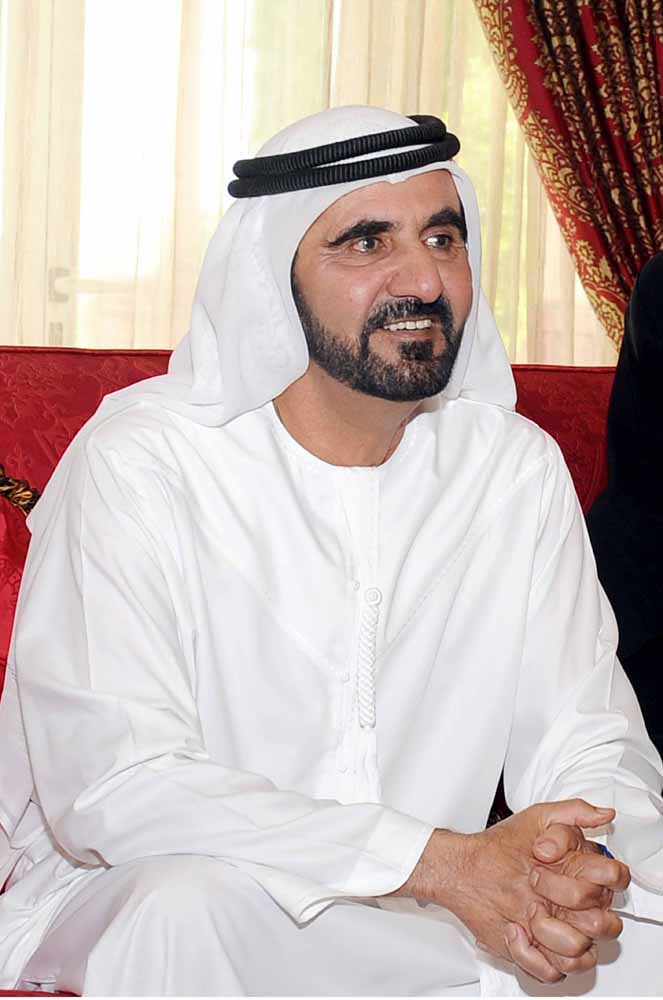 Hotelandrest.com online tourism news webpage published that during the past ten years of his ruling the emirate of Dubai, he completed the world's top 10 touristic destinations, which shall remain for decades to come, hosting millions of tourists from around the world.

The Web page reported in an article edited by Dr. Jamal Al-Majaida, Web Editor –in – Chief , that achievements done by His Highness Sheikh Mohammed bin Rashid Al Maktoum in the tourism sector Dubai won the best touristic city in the World Travel Awards 2015.

The city became an interest to all those seeking travel and tourism, and everybody's dream to see all the super attractions that were founded by Sheikh Mohammed bin Rashid Al-Maktoum.

The editor noted that His Highness the Vice-President and Prime Minister and Ruler of Dubai has achieved in 10 years what has not been done in famous cities globally over the past 100 years, pushing Dubai to be one of the best tourists destinations in the world by next year, and oversees more tourists in 2016 according to international tourism specialists.

Dubai topped the list as best city destinations for travel in 2016 alongside the best tourist cities in the world. The list included Whitehorse, Los Angeles, Rio de Janeiro and Brisbane and Dublin.

The news website, which specializes in tourism reports, said, "Sheikh Mohammed bin Rashid Al-Maktoum, pushed Dubai city to become one of the best because he founded top 10 touristic attractions in 10 years, which are considered the most attractive to tourists today, including: Burj Khalifa, the tallest tower in the world, Dubai Mall a favorable place for tourists, the Mohammed bin Rashid Boulevard which is the finest kilometer road stretch in the world.

The famous Burj Al Arab Hotel, which is an icon of Dubai to tourists worldwide, Dubai Marina area and "JBR" one of the first high-end outdoor markets in Dubai and is also a main attraction point for many tourists, Palm Jumeirah, a miracle touristic destination and the biggest man-made island in history which has always reached a top touristic destinations in the city due to the most luxurious hotels and resorts placed along the costal line most prominently the Atlantis Hotel, Kempinski and Rixos resorts; the charming Madinat Jumeirah attracts all the tourists from all over the world, the global village which receives nearly 40 million visitors a year, the Dubai International Airport Terminal - Terminal 3 – which plays a vital role on the travel and tourism map, as it led Dubai to first place globally to receive the largest number of passengers in a year and contributed to the empowerment of Emirates Airlines to become the largest airline in the world over the past year.