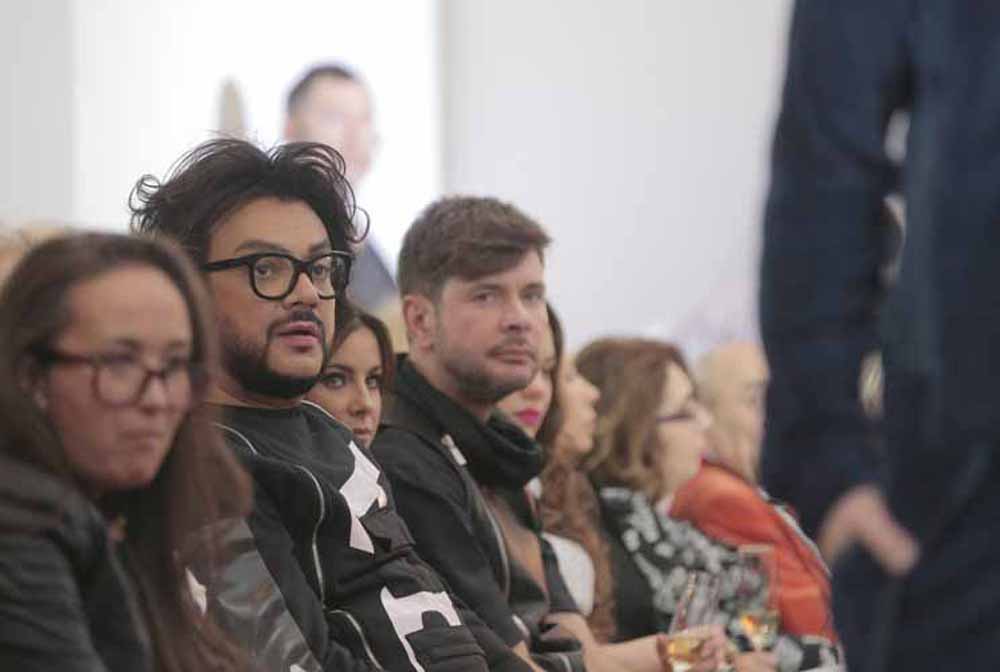 From March 26 to March 31 Moscow hosted Mercedes-Benz Fashion Week Russia with Season Fall-Winter 2015/2016. The largest Fashion Week of Eastern Europe traditionally occupied the central venue Manezh and featured designers from Russia, the Ukraine, Belarus, the USA and other countries.

Visitors of the 11th floor loft apartment of Legenda Tsvetnogo complex could experience the Fall-Winter 2015/2016 collection made in line with the brand’s signature vision. This time the designer decided to put urban slogans prints on garments inspired by workwear. 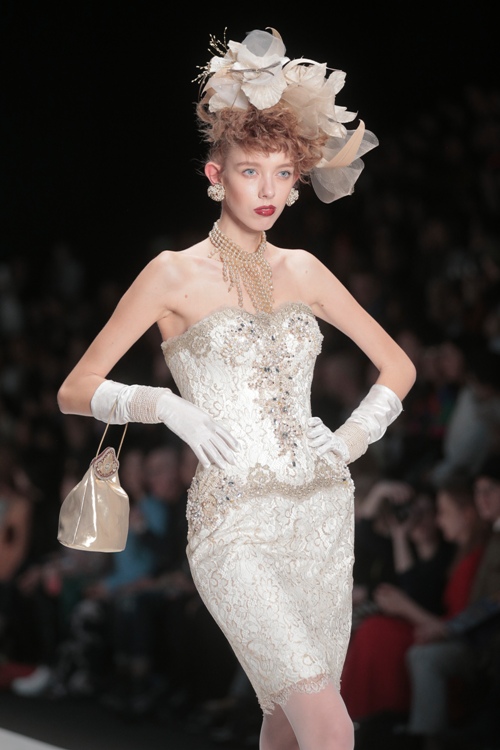 BEssARION show was held at the central venue Manezh and attracted not only professional fashion-oriented public from Russia but also foreign guests of Mercedes-Benz Fashion Week Russia. Designer presented his monochrome collection where asymmetrical shapes, spacious basques, men’s jackets and oversized coats were on full display.

On March 28 special guests of MBFW Russia - duo from the USA Musika Frère, presented their new Fall-Winter collection 2015/16. Designers of the brand - Aleks Musika and Davidson Petit-Frére bring a dynamic approach in men's suiting by pairing classic English and Italian tailoring techniques with modern silhouettes and bright colours. In their Fall-Winter collection 2015/16 the designers express the principal idea of the brand - bringing luxury garments to street wear.

Cameras of street style photographers also captured the American model, actress and it-girl, great-granddaughter of Ernest Hemingway - Dree Hemingway who specially arrived from USA for one day to attend the shows of Mercedes-Benz Fashion Week Russia.

Right after the streetstyle meet the underground floor of Manezh hosted an interesting event - cocktail with the director of the Multimedia Art Museum, Olga Sviblova. Guests of the event had a chance to see the exhibitions Close Up: Fashion Week and chat with Adam Katz Sinding, Craig Arend, Diego Zuko and Maxim Gagarin.

Close Up: Fashion Week organised in the frames of the IX Moscow International Biennale Fashion and Style in Photography 2015 together with the Multimedia Art Museum and Mercedes-Benz Fashion Week Russia featured the best backstage shots made during the brightest fashion event in Russia that traditionally attracted talented Russian and world designers.

Viktor Evtukhov mentioned the significance of Mercedes-Benz Fashion Week Russia saying that it was very important that the Week brought together such renowned designers as Vyacheslav Zaitsev and Alena Akhmadullina and young designer. For young designers runway shows are extremely important because designers get the chance to present their collections to buyers, fashion experts and representatives of the Russian and world media which all together opens new career opportunities. Deputy Minister talked with the journalists about the new project of Design Bureau Russian Army which presented its collection of civilian clothing in military style on March 31.

All the shows of Mercedes-Benz Fashion Week were broadcast live online on 75 websites including vogue.ru, woman.ru, glamour.ru, cosmopolitan.ru, rbc.ru and many others. On Monday there was an attempt to interrupt live broadcasting of the shows by DDoS attack of the server. A couple of hours before the start of broadcasting work of the player was restored. Despite this little incident, this season the number of views of online broadcasting hit all the records of the previous years, a more detailed statistics will be available later.

The fashion event drew over 11 thousand people to the anniversary season of Mercedes-Benz Fashion Week Russia, which is 15% more than in the previous season.

Total number of guests at the shows was also higher, 1500 media representatives were accredited to the shows.