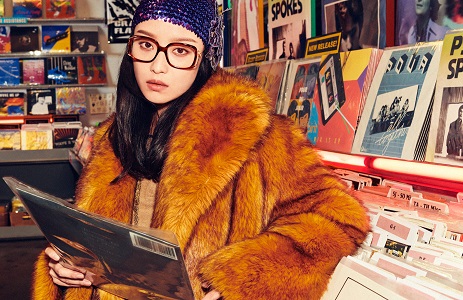 For its new Spring Summer eyewear advertising campaign, Gucci moved to the Amoeba Music Hollywood store in Los Angeles to pay homage to that staple of American ‘80s teen movies, the record and VHS rental store. Creative Director Alessandro Michele mines the colourful neon-lit setting of this archetypal hangout for youth culture to showcase the spirit of individuality. In this new campaign, the browsing customers suggest many narratives, and in their attitude of proud freedom speak of Gucci’s desire to encourage self-expression.

Chinese actress and brand ambassador Ni Ni stars once again in the House eyewear advertising campaign, and is joined for the second time by Kai, the South Korean singer, actor and dancer, member of the EXO boy band, and global male ambassador for Gucci eyewear. Models Delphi McNicol, Azu Nwogu and Jana Jonckheere also appear in the campaign.

Shot by cult filmmaker and photographer Harmony Korine, the campaign presents candid portraits – in still and moving images – of individuals or couples within the rich setting of the record store with its stacks and shelves of vinyl, tapes, CDs and videos. The emphasis is on close-up crops that bring the eyewear to the fore – both Gucci optical glasses and sunglasses – while the busy and vibrant background, alive with pop-culture graphics, suggests the energy and excitement of the retro music scene. The film also pays homage to those days when the local record shop or video exchange would be a social nexus, with the narrative plot showing customers meeting up in the store and trying on the glasses, while browsing the tapes and CDs. 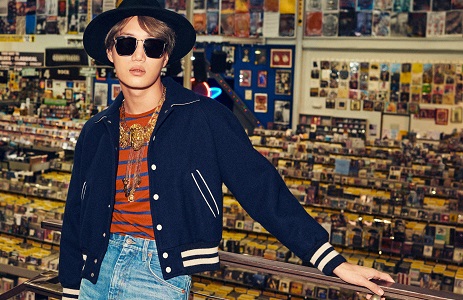