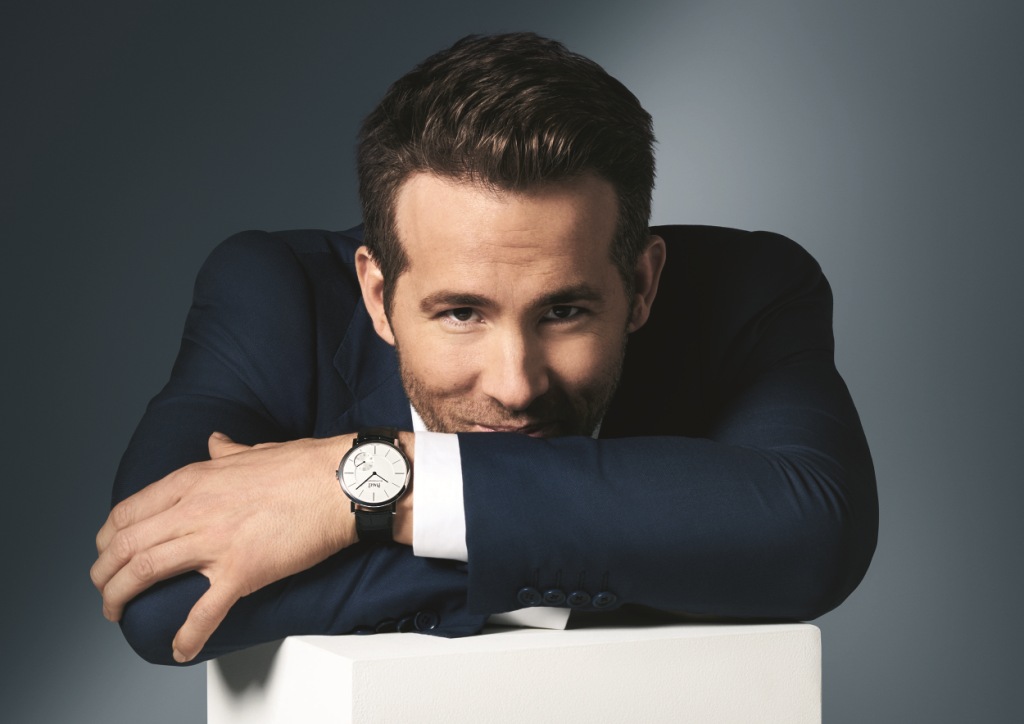 “Ryan Reynolds delights audiences around the world with a blend of elegance and charisma. His remarkable and daring on-screen performances paired with his magnetic good looks have earned him a place as one of Hollywood’s leading men,” explains Philippe Léopold-Metzger, Piaget CEO. “Like Piaget, he fearlessly brings creativity to his art, and we are thrilled to welcome him to the Piaget family.”

"I’m very happy to join the Piaget family. I’ve known of Piaget since I was just a little kid. You can’t find a more iconic brand, or one which better exemplifies craftsmanship, elegance and creativity. This is something that means a lot to me,” says Ryan Reynolds. “I work in a field in which things can be cast away quite quickly. So when you find something iconic, something timeless, it’s important. And that’s one of the many things I love about Piaget.”

Canadian-born Ryan Reynolds started his career in TV before making his first major film breakthrough in the 2002 comedy and cult classic National Lampoon's Van Wilder. He has proven his versatility as an actor by taking on ultimate superhero roles in X-Men Origins: Wolverine (2009) and The Green Lantern (2011), as well as earning critical acclaim and awards for his performances in the independent drama Buried (2010) and the critically acclaimed film, Mississippi Grind (2015). He's starred alongside Sandra Bullock in the hit romantic comedy, The Proposal, and made his much-anticipated return to the Marvel Comics series in 2016 with Deadpool. Deadpool quickly became the highest grossing R-Rated film in box office history and the most successful X-Men film to date. His upcoming film releases include the science fiction thriller Life (2017) along with the highly anticipated sequel to Deadpool (2018).

The unique allure of Piaget lies in the audacity of its style. Charismatic and flamboyant, dazzling watch and jewelry creations embody the radiance that defines the Maison. This passion for daring creativity was born in La Côte-aux-Fées, where Georges-Edouard Piaget set up his first workshop in the family farmhouse and devoted himself to producing high-precision movements. This was back in 1874 and marked the start of an ever-growing reputation. In 1943, the company took a decision that would prove crucial to its future by registering its brand name.

Faithful to its pioneering spirit, in the late 1950s Piaget set about designing and manufacturing the ultra-thin movements that would become one of the Maison’s signatures and leave a lasting imprint on the art of watchmaking.

But Piaget has also always represented a style: a marriage of gold and an explosion of color, new shapes, precious gems, and dials made of hard stones. Swept to new heights of creativity driven by Yves G. Piaget, the Maison’s jewelry collection grew in an original direction with a resolute emphasis on color, giving birth to the iconic Piaget look. Building on over 140 years of history, the ever-bold Maison continues to innovate by offering jewels in motion, elegant and extravagant High Jewelry collections, as well as remarkable watches. In a world unconstrained by boundaries, Piaget the watchmaker-jeweler continues to explore unexpected creative possibilities, turning gold, stones and gems into brilliant works of art.

Piaget has demonstrated a longstanding commitment to supporting cinema and the arts. In February 2017, Piaget will once again be serving as Premier Sponsor of the Film Independent Spirit Awards for the tenth consecutive year.