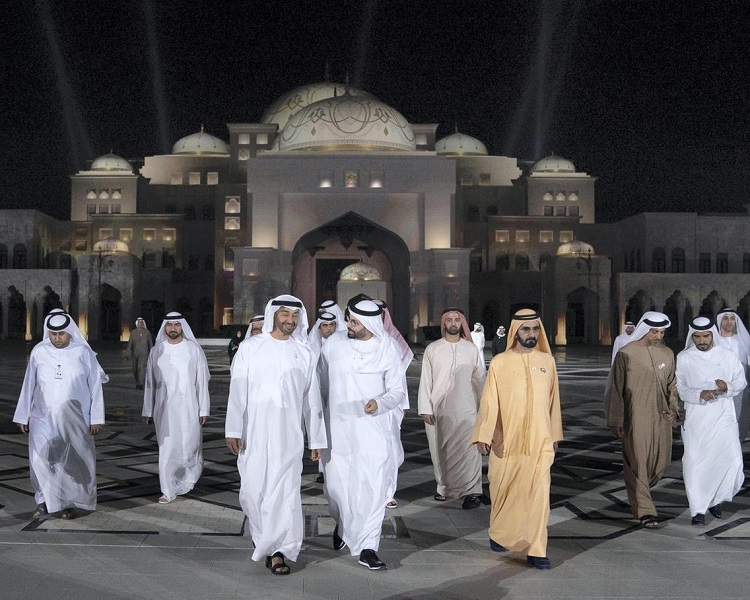 The Ruler of Dubai together with the Crown Prince of Abu Dhabi and Deputy Supreme Commander of the Armed Forces, led the opening ceremony.

Sheikh Mohammed stressed the UAE's cultural legacy was a precious asset that demanded respect. Sheikh Mohamed underscored its significance in empowering and inspiring future generations by instilling a deep sense of national pride.

The building will open to the public from noon on Monday, before opening daily between 10am and 8pm.

Visitors will be able to tour the site and see a library that is home to vast collection of books and resources on the UAE's political, social and cultural history.

Guests will also be able to experience interactive cultural exhibitions. In the west wing, they will learn about the formation of the UAE and its governance, and have access to halls typically reserved for official summits.

In the House of Knowledge in the east wing, visitors can explore a vast collection of artefacts and rare manuscripts that highlight the Arab world’s contributions to fields including science, arts, humanities and literature.

The Presidential Palace is home to the formal offices of the President, Vice President and Crown Prince of Abu Dhabi.

The venue has hosted a number of global leaders since 2015, including Pope Francis and Xi Jingping, the president of China.