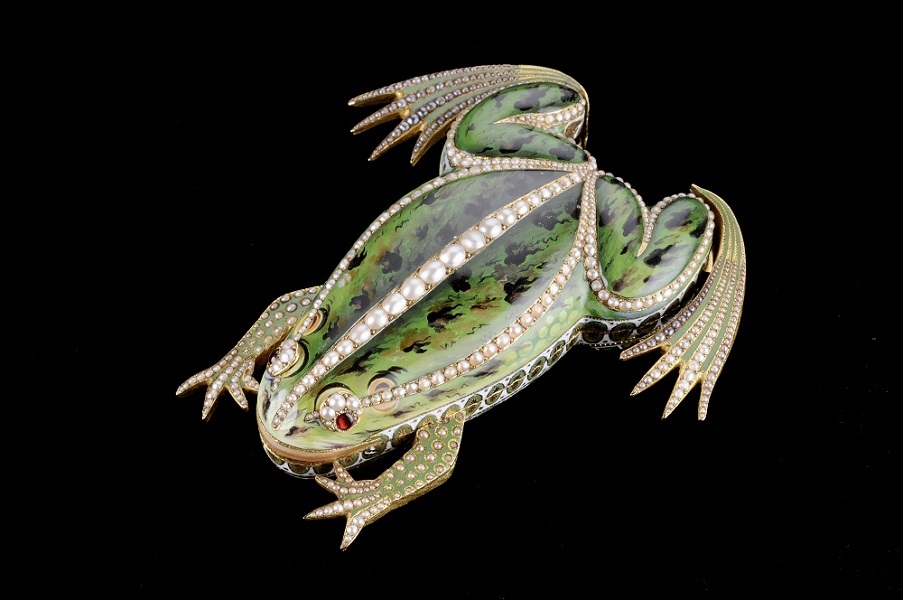 Its expertise dates back to 1976, when master watchmaker Michel Parmigiani opened a restoration workshop. In 1996, the Parmigiani Fleurier brand was created around this centre of excellence. Restoration requires the highest level of watchmaking expertise. Much of what is learnt is actually linked to forgotten activities of the past; activities which are imprinted in the brand's watches. The Parmigiani Fleurier restoration workshop is a department that deals with all types of horological objects. Three small automata from the Maurice Sandoz collection serve as fine examples of masterpieces restored by Michel Parmigiani. They are sources of inspiration both on a mechanical and a material level.

Restoration involves returning an object to its original condition. In order to do this, Michel Parmigiani has set himself apart by creating his own methodology, a constant balance between ensuring the mechanical functionality of the creation and preserving the expertise of the past. For him and his team, this means conducting investigations and immersing themselves in the past, so as to ensure the preservation and operation of the item during its restoration. By studying masterpieces from the past, he is able to find his own solutions to the mechanical and technical challenges faced by master watchmakers throughout the ages, and to use them in the Parmigiani Fleurier watches of today.

Like an archaeologist, who knows that any undertaking on a component may prove irreversible; the initial task of the restorer is to observe an often unique item - within which lie many mysteries - over a period of a few days. The restorer looks for parallels, scouring scientific works, museums and collections before opening the piece, whilst making sure to document it all. He or she must understand the subtleties of the mechanism just as much as the techniques used. 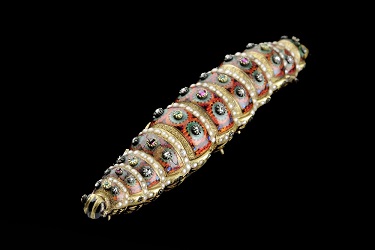 The restorer should also have knowledge of numerous arts such as precious metalwork, enamelling, engraving/chasing, gilding and glasswork. Preservation involves a long and patient 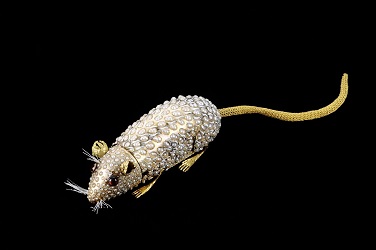 cleaning operation, which can sometimes uncover new secrets, for example a previously hidden inscription. Restoration, during the reassembly phase, involves adopting reversible solutions, whilst ensuring the original remains the same.

Examples of this are three animal automata from the early 19th century, which were restored by Michel Parmigiani. Part of the Maurice Sandoz collection, they meticulously reproduce the appearance and movement of a mouse, a silkworm and a frog, created using a variety of precious materials. The first runs, the second crawls and third can jump and even croak.

Measuring 120 mm in length, the mouse is made from engraved gold and decorated with pearls. Rubies were used for the eyes, whilst its tail, made from braided gold, actuates the movement. The animal moves several centimetres, stops, the front of its body lifts up and its head moves up and down.

This 75-mm silkworm features a series of red-coloured enamelled gold rings. Green and blue colours, accompanied by pink diamonds, rubies and emeralds complete the refined decoration. Actuated using a trigger piece on its belly, the silkworm crawls along, with its head and the rear of its body moving up and down alternately.

The frog measures 60 mm. Made from enamelled gold, it is a striking example of the trompe l'œil effect. The animal sparkles with pearls and rubies. After several leaps, the frog stops to croak and then performs a further series of jumps.