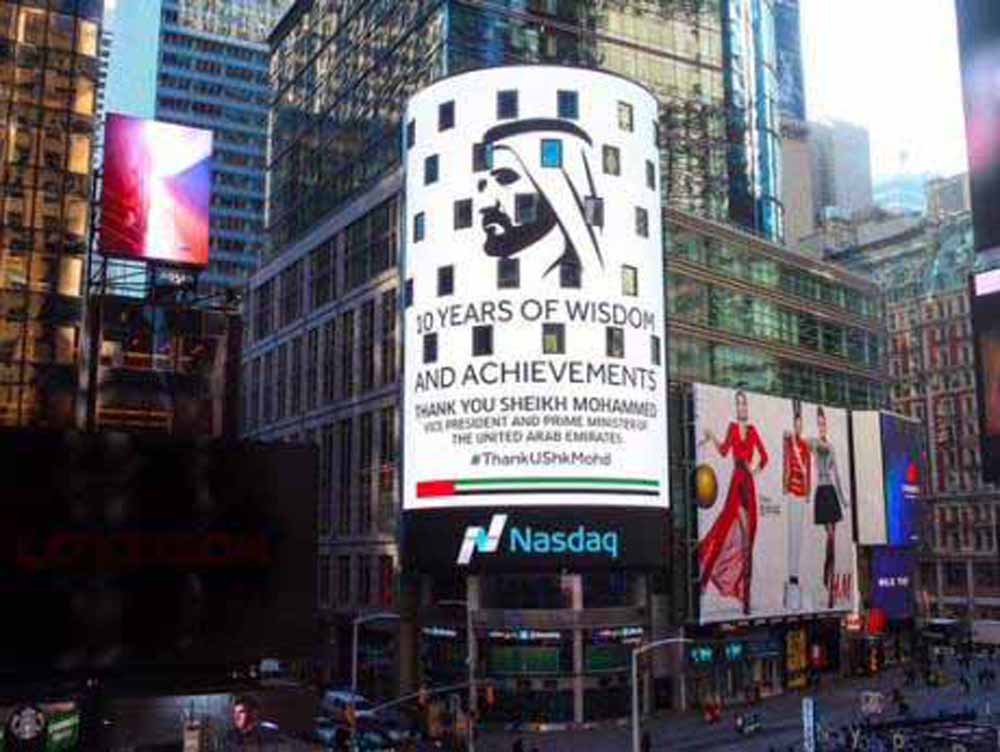 Dubai: The main facade of Nasdaq building in New York has paid tribute to His Highness Shaikh Mohammad Bin Rashid Al Maktoum, Vice-President and Prime Minister of the UAE and Ruler of Dubai.

The giant mural, which spans several floors, had the hashtag #ThankUShkMohd, which is also trending on Twitter.

Nasdaq (which stands for the US National Association of Securities Dealers Automated Quotations System) is the first electronic exchange where investors can buy and sell stock -- and is one of the world's largest exchanges in terms of market capitalisation, behind only the New York Stock Exchange.

Leaders from all over the world have expressed admiration for the Ruler of Dubai for his visionary leadership and various initiatives, including humanitarian and high-tech projects that have placed Dubai and the UAE at the forefront of innovation.

In the UAE, citizens and resident have lauded the leadership of Shaikh Mohammad for inspiring a generation of forward-looking people.

Shaikh Mohammed marked his 10 years  on Monday, January 4, as ruler of Ruler of Dubai.