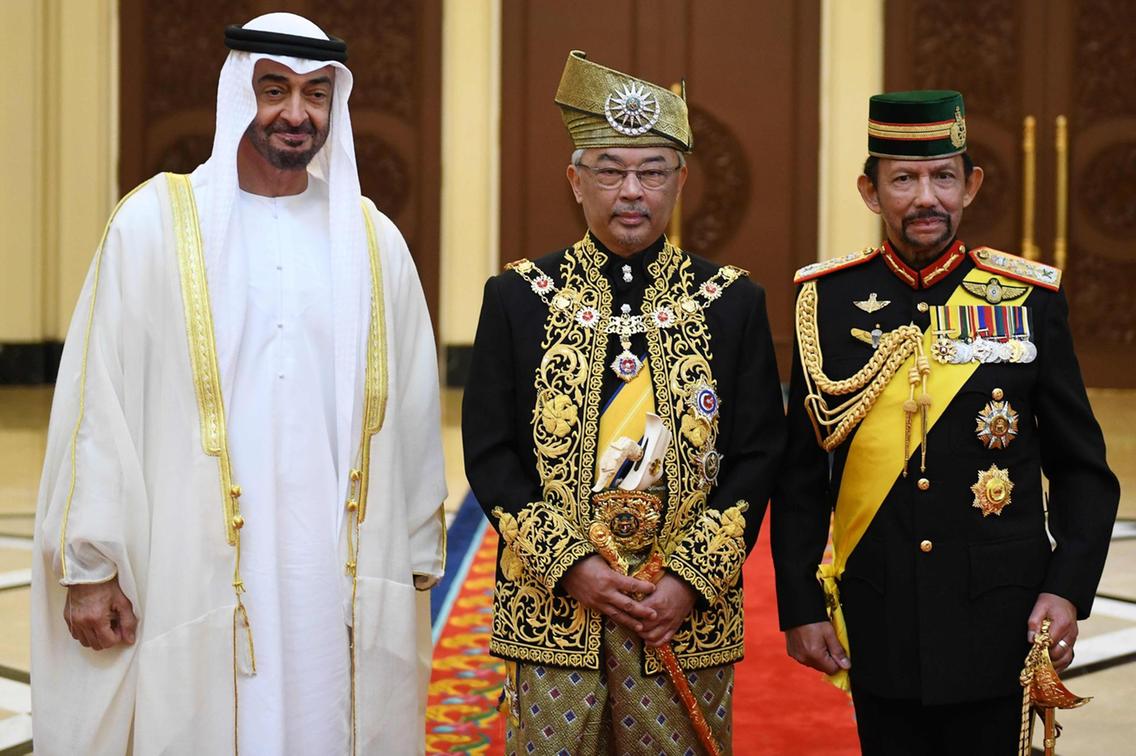 Sheikh Mohamed bin Zayed offered his congratulations to the king of Malaysia after attending his coronation in Kuala Lumpur.

The Crown Prince of Abu Dhabi and Deputy Supreme Commander of the Armed Forces was among the dignitaries who turned out in force for a ceremony steeped in tradition in the Malaysian capital on Tuesday.

Sultan of Pahang Abdullah Ahmad Shah was officially installed as the nation's 16th king at Istana Negara, the national palace.

He ascended to the throne in January after the sudden abdication of Sultan Muhammad V. 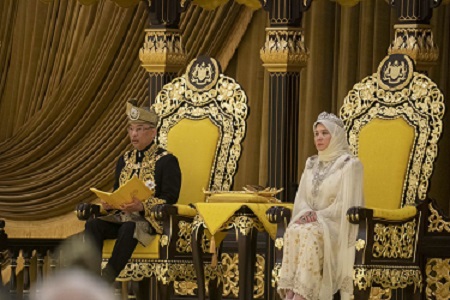 The king and queen donned traditional Malay attire during the service, which was marked with a 21-gun salute performed by members of the Malaysian Armed Forces.

A welcome speech was delivered by the Prime Minister of Malaysia, Mahathir Mohamad.

The royal appointment was the second meeting between the king of Malaysia and Abu Dhabi's Crown Prince in as many months.

The two leaders met at Qasr Al Watan in Abu Dhabi to discuss efforts to boost bilateral trade between the UAE and Malaysia.

The high-level talks focused on investment and development opportunities as well as broader regional issues.

During his visit, Sheikh Mohamed met with the country's prime minister.

"I was pleased to visit friendly Malaysia and meet with the Prime Minister Mahateer Mohammad,' Sheikh Mohamed stated on Twitter.

"We discussed the close relations that bind our two friendly countries and our vision of the region's issues and developments.

"We are looking forward to further co-operation and fruitful joint work between Malaysia and UAE at all levels."

Sheikh Mohamed's engagement in Malaysia was his latest high-profile visit to countries across Asia in recent weeks.

He landed in Indonesia last Wednesday where he was welcomed by the country's president, Joko Widodo on the tarmac at Soekarno Hatta International Airport in Jakarta.

The trip to the world's most populous Muslim nation followed an official visit to China where deals worth billions were signed and a cultural exchange was held.