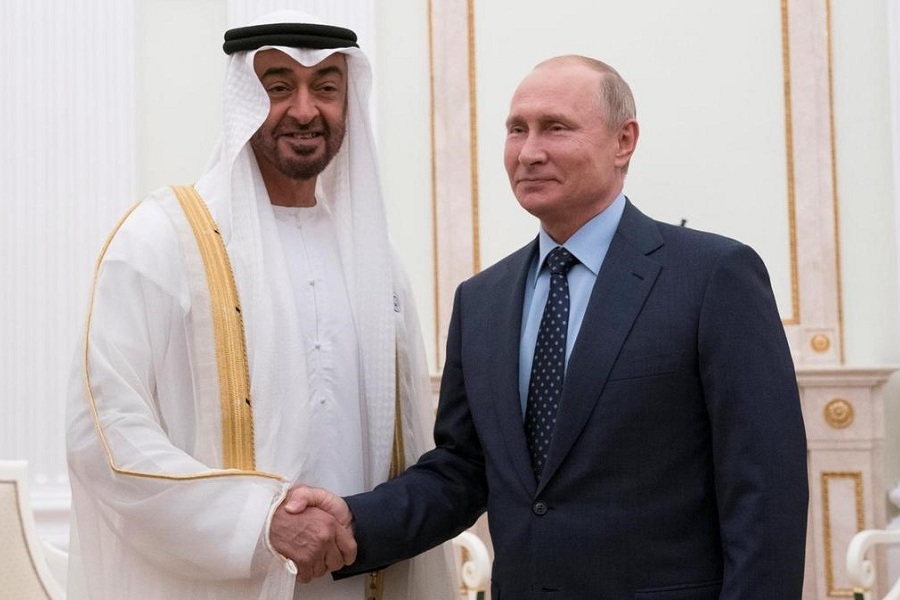 They also spoke about the latest developments in the Middle East.

During the meeting, Sheikh Mohammed pointed out that the relations beween the UAE and Russia are old and developing at all levels. Both countries said they were eager to strengthen and drive forward those developments, in the interests of both their nations.

Two months prior to the visit, at the International Defence Exhibition and Conference, Moscow and Abu Dhabi announced they would jointly produce a fifth-generation fighter jet in the UAE.