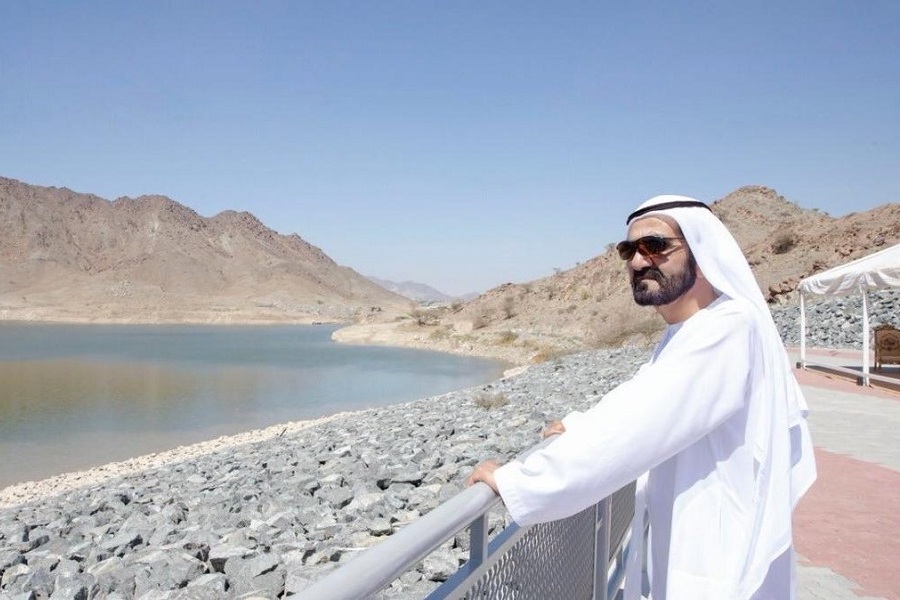 Sheikh Mohammed also approved the building of new water dams at a cost of Dh2.4 billion and the creation of a federal water network linking the Northern Emirates to Abu Dhabi and Dubai.

As part of an ambitious effort to grow the national economy, he gave the green light to plans for a Dh1.2 billion solar power station and a water desalination plant with a capacity of more than 680 million litres in Umm Al Quwain, with both schemes to be completed in the next two years.

"Constant development efforts and mega projects are a characteristic of the UAE. As we embark on a new development journey, we are constantly exerting efforts to achieve the highest standards in every sector," said Sheikh Mohammed.

"Water, electricity and roads projects are key to the national economy, and we are currently investing in them to ensure the continued growth of our economy."

Sheikh Mohammed approved the investment drive during his tour of the Northern Emirates.

"My field trips reflect a style of administration that I have inherited from Sheikh Zayed and Sheikh Rashid, and I will continue with them," Sheikh Mohammed said.

During the tour, Sheikh Mohammed was briefed on the national strategic water security plan, covering 2019 to 2036, which aims to diversify water sources and improve the country's water security index, a scale used to measure water resources.

The Emirates-wide plan will include the building of storage tanks, pipelines and networks managed by the federal water and electricity authority in the next two years.

Sheikh Mohammed was told about future projects that form the strategy, that aims to bring in savings of Dh75 billion, with Dh9 billion of hose savings to be made through water desalination projects.

The major investment bid is the latest in a recent wave of funding deals approved by Sheikh Mohammed..

On Monday, he announced plans for a Dh1.5 billion investment in new schools, featuring laboratories for robotics, artificial intelligence, health and the environment, on Monday.

Sheikh Mohammed also issued directives for technical academies at colleges to support learners who want to change their careers.

On Tuesday, Sheikh Mohammed announced a series of projects under way in Fujairah and Sharjah, as he continued his tour of the Northern Emirates that began last week.

He approved Dh1 billion for infrastructure projects in Fujairah and a residential complex, at a cost of Dh400 million, in Khor Fakkan, a coastal town in Sharjah.

The projects are part of the Ministry of Infrastructure Development’s 2017-2021 five-year plan for the eastern coast.