Dubai hotels posted impressive performance in the first quarter of the year capping the stellar performance last year with revenues touching an all-time high of AED16 billion and 10 per cent increase in the guest numbers which crossed the nine million mark. Aviamost brings an exclusive interview with the Director, Overseas Promotions and Inward Missions, Department of Tourism and Commerce Marketing (DTCM) Mr. Saleh Al Geziry on its ambitious plans for the future and the expectations for the next half of 2012

The potential of the tourism sector to stimulate economic and social development thereby    transforming economies has been internationally acknowledged. Since its inception, the DTCM has played a pivotal role in promoting and increasing the economic contribution of tourism to the emirate. Recently, the World Tourism Organization (WTO) put the inflow of visitors to ahead of , , , Belgian, and   . In January 2012, ranked number one on the STR Global’s hotel occupancy list with 86.2 percent level, up from ninth place a year earlier, higher than in , or .

We do have the statistics requested for the first half of this year, but we have not finished yet.

What are your expectations for the next half of 2012? Do you think it can surpass the 2011 figures?

We are expecting not less than 10 per cent in the next half of this year as compared to the same period over the last year.

What factors contribute to the growth of tourism in ? How do you think the new structure in airport would help boost tourism further?

The significant and incessant rise in the number of tourists every year is basically attributed to the diverse tourist attractions in the emirate. This is added to the ever developing infrastructure, advanced means of communications and transport, grand shopping malls and centres, charming beaches, hotels of different categories and ranks, as well as available flights to most destinations worldwide. The low-cost FlyDubai airline is a further asset in this regard. More attractions, including incentive travel, heritage tourism, and many others alike are also on hand, let alone the all new airport which will certainly attract more tourists to . 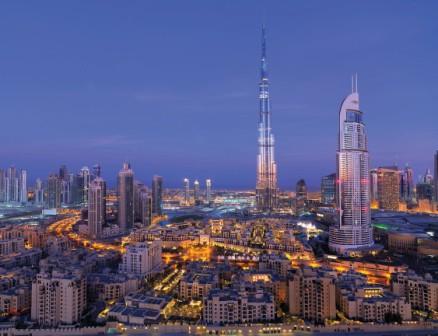 Who are the top visitors to this year?

This coming September, the Leisure Exhibition 2012 will be held. How is DTCM preparing for it?

The Department of Tourism and Commerce Marketing is fully geared to participate in the exhibition for the 20th year in a row. A meeting shall be held to brief the participants about the effort being exerted to make a success of the event. The media relations sector will be part of the Department’s delegation, for the first time, to ensure better and more extensive press coverage.