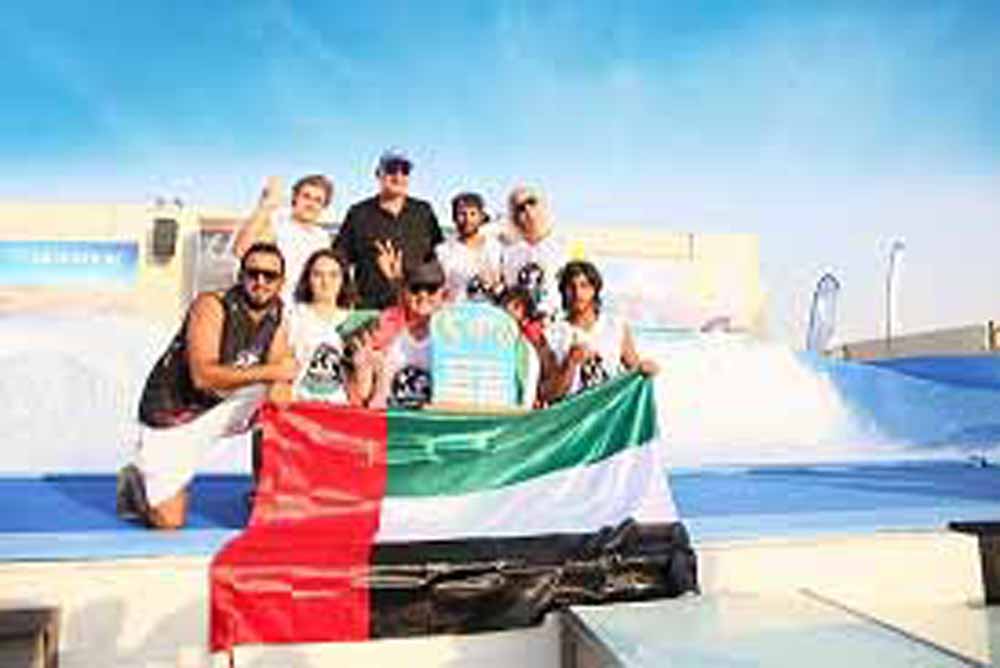 The award-winning waterpark welcomed visitors from around the world to witness the teams surf through the six challenging divisions of the competition at the internationally acclaimed event sponsored by Crowne Plaza Yas Island and Oakley. Spectators rode on a wave of adrenaline as the top flowboarding athletes battled it out on the world’s largest FlowBarrel 10 Double Sheet Wave Ride, Bubble’s Barrel, showcasing their remarkable flowboarding and body boarding skills.

Never before in the competition’s eight year history has the competition been this closely contested. Team UAE’s Humaid Al-Bloushi, Mohammed Al-Bloushi, Clayton Barker, Max Sokolov and Jennifer Mauerhofer displayed spectacular talent and skill, which is true testament to the dedication and countless hours of training over the past year. Team USA claimed second place, closely followed by South Africa that took home the Bronze.

Flowboarding hero Eric Silverman of Team USA clinched the individual champion title after demonstrating his unmatched style and commitment in the strapless standup division, while Emirati-born Humaid Al-Bloushi excelled in the bodyboarding competition.

Following their success, Team UAE is already looking forward to taking part in next year’s competition and will continue to train harder than ever to claim the title for three years running. Flowboarding enthusiasts are invited to join the Yas Flow League that takes place at Yas Waterworld every Saturday between 8am and 11am. The programme offers training at all levels, from basic skills to advanced wave riding. For more information visit: www.yaswaterworld.com

Yas Waterworld Abu Dhabi, the only Emirati themed waterpark in the world, is inspired by the UAE’s rich heritage of pearl diving through its unique story of ‘The Legend of the Lost Pearl’. The UAE’s first mega waterpark is home to 45 exhilarating rides, slides and attractions – five of which can be found nowhere else in the world. With rides and experiences on offer to thrill both the young and the young at heart, the waterpark plays host to Best New Water Ride of the Year 2013, Dawwama – the world’s first hydro-magnetic tornado waterslide, as well as the globe’s first interactive water and laser rollercoaster, Bandit Bomber. Guests of all ages can also enjoy an array of culturally-inspired attractions and activities including live camels and falcons, and a traditional Bedouin tent showcasing unique Emirati traditions as part of the waterparks revolutionary ‘Legendary Adventures’.

Now in its third year of operations, the park has been awarded over 15 industry awards and accolades, including being awarded the 2015 TripAdvisor® Certificate of Excellence award for the second consecutive year as well as the 2015 Travelers’ Choice Award by TripAdvisor, the world’s largest travel site. It has also enticed a number of A-List celebrities through its fortress-like doors.