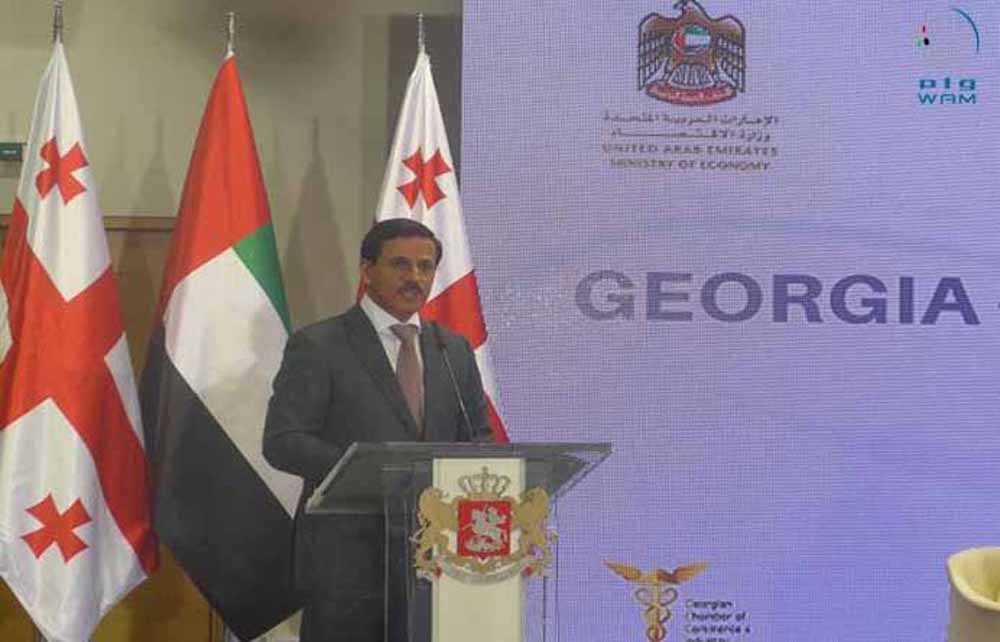 UAE aims to increase its investments in agriculture

Abu Dhabi: The high-profile UAE Delegation, led by Sultan bin Saeed Al Mansouri, Minister of Economy, concluded its visit to Georgia. The three-day tour is expected to usher a new era of economic and trade relation between the two countries. The UAE government and business delegation discussed cooperation and investment opportunities in a number of sectors including food, agriculture and tourism.

Al Mansouri, along with Abdullah Al-Saleh, Undersecretary for Foreign Trade and Industry at the Ministry of Economy, and members of the Emirati delegation met Otar Daniela, Georgian Minister of Agriculture, and Ketevan Bochorishvili, Deputy Minister of Economy and Sustainable Development. The two sides discussed ways of strengthening cooperation in agriculture, boosting UAE investment in Georgian agricultural sector and making UAE a regional centre for exports of Georgian produce.

Al Mansouri said the UAE wants to increase its investments in agriculture as part of its food security strategy which is a priority in all investment and economic cooperation plans. Having evaluated the opportunities offered by Georgia, the ministry, in coordination with stakeholders, will encourage investments in Georgian agriculture and food sector.