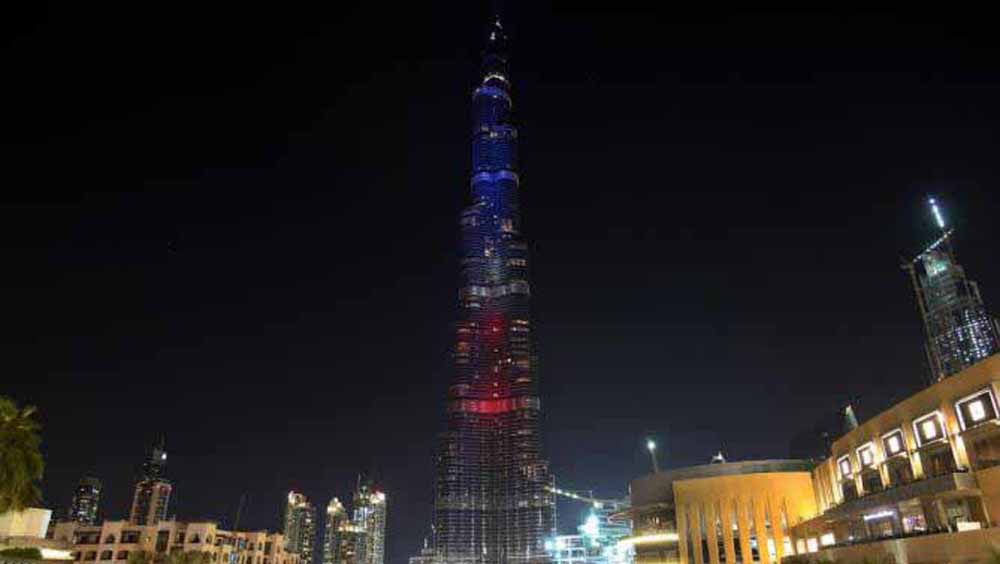 The UAE and its leadership reaffirmed the country’s solidarity to France by paying a solemn tribute to the European country and its people by illuminating leading landmarks like Burj Khalifa, the world’s tallest building, the Emirates Palace and the Burj Al Arab with the colours of France’s national flag.

In line with the directives of the UAE leadership, at 9pm on Sunday, November 15, 2015, Burj Khalifa was enveloped in the blue, white and red colours of France’s national flag as a poignant tribute to the country. It also represented the UAE’s heartfelt condolences to the families of the victims, developer Emaar said in a statement.