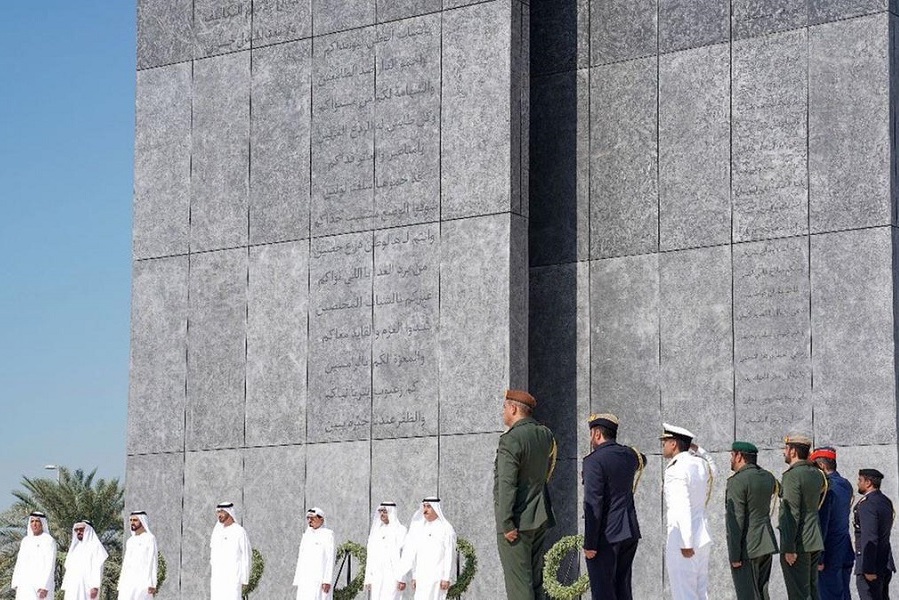 Ministries, schools and offices observed a minute’s silence on Thursday to honour Emiratis who have died while serving their country.

Ceremonies for Commemoration Day, which usually falls on November 30 but is being marked a day early, took place across the UAE.

The day began with the lowering of the national flag at 8am.

A minute’s silent prayer was observed from 11.30am to 11.31am, which was followed by the raising of the flag and the national anthem.

The first Commemoration Day was marked in 2015 on November 30, the same date the UAE lost its first soldier in battle 47 years ago.

Salem Suhail Al Dahmani, a 20-year-old police officer, died while resisting the Iranian invasion of the island of Greater Tunb.

The opportunistic attack was made on the last day of a 118-year-old treaty that guaranteed the protection of the Trucial States by Britain’s armed forces.

Hopelessly outnumbered, the young officer from Ras Al Khaimah refused to lower the flag and paid with his life.