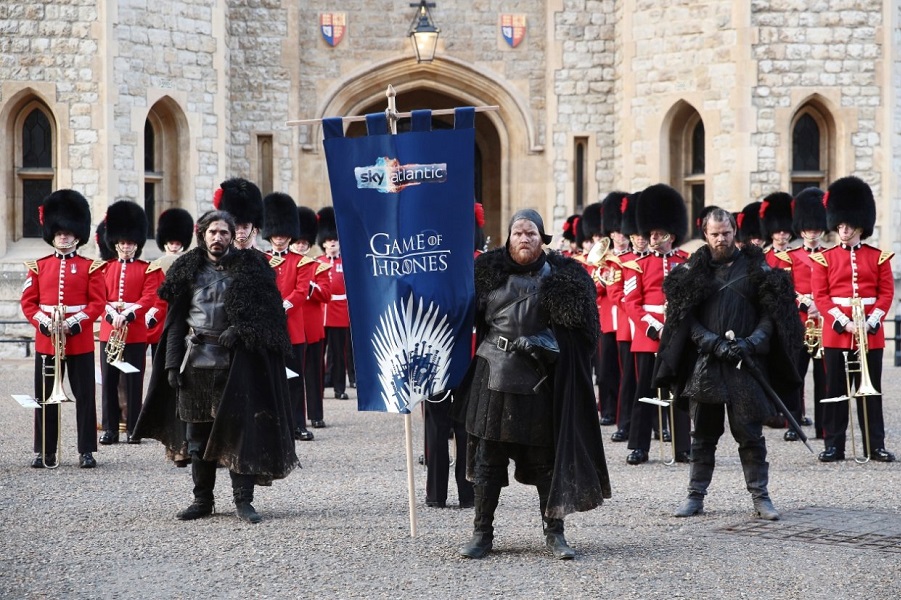 Who would win in a fight between the British Army and the Night Watch?

We'll never know, but the two forces just came eye-to-eye at the Tower of London. 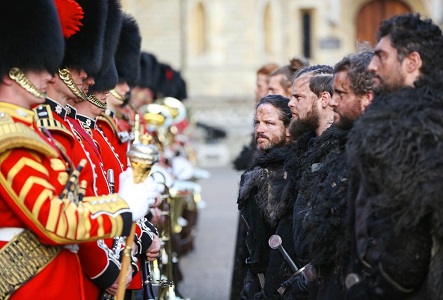 A dozen members of the Night Guard then shamble into view. They jeer at the proper soldiers, then draw their swords on the crowd. The crowd, in return, draws a phalanx of smartphones to record the spectacle. A two-eyed raven looks on.

It's all a bit cringey. Some might question whether Her Majesty's Armed Forces should participate in a PR stunt for Sky Atlantic. Others will find it all a bit of a laugh. We only hope this muster of a ragtag border patrol is not a foretaste of Brexit Britain.