BinHendi partners with the Italian brand to bring trendy, contemporary luxury to Dubai

BinHendi Enterprises, the region’s leader in fashion, watches and jewellery, collaborated with MSGM to bring the brand to the UAE. The brand’s fourth store worldwide is located at The Dubai Mall, in Fashion Avenue, Level 1... Read More 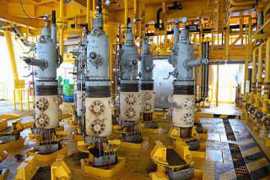 UAE to raise oil production to 3.5 million barrels per day

The UAE will raise its oil production capacity to 3.5 million barrels per day within the next two to three years, says HE Abdulla Nasser Al Suwaidi, director-general of the Abu Dhabi National Oil Company (ADNOC). Abdalla Salem el-Badri, the Secretary-General of OPEC (Organization of the Petroleum Exporting Countries) said that UAE plays a major... Read More

Have you ever wondered what the Burj Al Arab is like inside? Now can find out

Have you ever wondered what it might be like inside Dubai’s world-famous Burj Al Arab? Well now you can explore it for free from the comfort of your own home. That’s right, you can take a tour of this iconic hotel without even having to visit it.

Jumeirah Inside is a new online service that allows you to take a virtual tour of the hotel’s interior; from the lobby right up to the... Read More 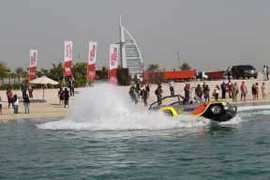 The first ever amphibious supercar performance took place today (Tuesday, 17 November) as the Dubai Motor Festival revved up the action in an amazing event just off the coast of The Palm Jumeirah.

The unique performance saw two of the specially adapted cars dash across waves off Waldorf Astoria Dubai Palm Jumeirah before staging a stunt show close to the shoreline at the... Read More 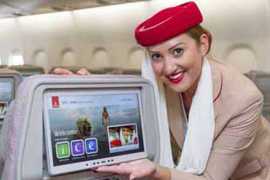 Emirates introduced its new in-flight entertainment (IFE) system on its Boeing 777-300ER and Airbus A380 aircraft.

The latest features include larger screens in First Class and Economy Class and three times the media storage — offering passengers an even greater choice of content on board.

Passengers travelling in First Class will have a more immersive... Read More 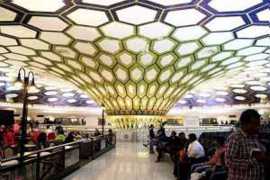 Aimed at offering a smooth passenger experience to all travellers

Abu Dhabi: Abu Dhabi International Airport has become the first in the region to successfully introduce an automated Traveller Document Authentication System (TDAS) using the latest innovations on offer to deliver a smooth passenger experience to all travellers.

The new technology, developed by SITA, a company specialised in air transport communications and IT solutions, is now... Read More 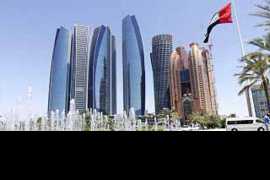 $18b plan to go into establishing UAE's innovation-based economy

Shaikha Fatima awarded for her contribution to women empowerment at Arab Businessmen and Investors Conference.

The UAE is preparing to invest $18 billion in realising its aspirations to become a knowledge-based economy by 2021, said UAE minister of economy Sultan bin Saeed Al Mansouri.

Opening the 17th Arab Businessmen and Investors Conference, in the capital organised by the Abu Dhabi Chamber of Commerce and Industry, the minister said that the UAE is focusing on... Read More 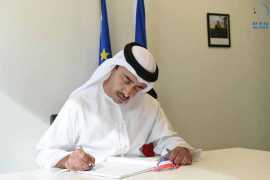 Abdullah bin Zayed : UAE stands with France at this delicate time, condemns terrorism in all its forms

H.H. Sheikh Abdullah bin Zayed Al Nahyan, Foreign Minister, today visited the French Embassy in Abu Dhabi to extend his heartfelt condolences and sympathies for the victims of the last Friday's series of terrorist attacks which took place in Paris and left scores of innocent people dead and injured.

''The UAE stands in solidarity with the friendly government and people of France at this delicate time and condemns terrorism in all its forms and manifestations as... Read More 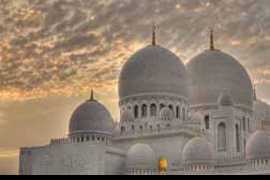 Martyrs’ memorial to be located near Sheikh Zayed Grand Mosque

Following the directives of His Highness Sheikh Mohamed Bin Zayed Al Nahyan, Crown Prince of Abu Dhabi and Deputy Supreme Commander of the UAE Armed Forces, to build a memorial to honour the nation’s heroes, the Martyrs’ Families’ Affairs Office (MFAO) at the Abu Dhabi Crown Prince’s Court, has announced on Monday.

The memorial would be located near the Sheikh Zayed Grand Mosque on the eastern side of Sheikh Zayed Road in Abu Dhabi.

Vice President and Prime Minister of the UAE and Ruler of Dubai His Highness Sheikh Mohammed Bin Rashid Al Maktoum has said that he is proud of UAE nationals, and the country will provide everything to enable them to achieve excellence and become leaders in all fields so that they become ambassadors for the UAE

He was speaking at a ceremony to honour 44 distinguished personalities during the UAE Pioneers Award 2015 event organised at Madinat Jumeirah in Dubai... Read More