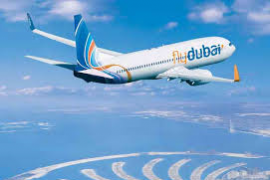 As part of its strategy to enhance its ability to manage with greater autonomy and the continued growth of its operations, flydubai has announced a new agreement with Radixx International that will allow it to take the customer experience to a new high.

The agreement between flydubai and the provider of cloud-based reservation and distribution systems for airlines, includes a license for flydubai to access and modify the Radixx Air Passenger Services System, PSS, source code and... Read More 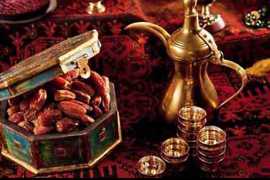 Every year, the Organising Committee of the Dubai Ramadan Forum hosts mass Iftar events during the month of Ramadan. The Iftar gathering is attended daily by approximately 4,500 persons from... Read More 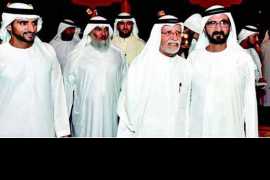 Vice President and Prime Minister and Ruler of Dubai, His Highness Sheikh Mohammed bin Rashid Al Maktoum, today at Zabeel Palace, received well-wishers who came to extend their greetings on the Holy Month of Ramadan.

In his remarks during the meeting, H.H. Sheikh Mohammed underscored the importance of meetings during... Read More 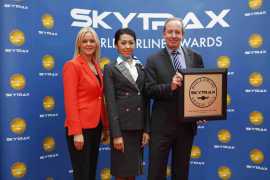 Air Astana, the Kazakhstan flag carrier, is celebrating success yet again at the 2015 Skytrax World Airline Awards, with a Best Airline Central Asia / India being achieved for the fourth successive year and Best Airline Staff Service Central Asia/India for the third year. The awards ceremony took place at the 51st edition of the Paris Air Show at Le Bourget today.

The Skytrax World Airline Awards are recognised throughout the world as a valued benchmarking tool that measures... Read More 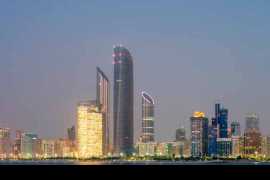 Over 1.3 million guests stayed in the emirate’s hotels and hotel apartments

The number of guest arriving in Abu Dhabi increased by 20 per cent year-on-year during the first four months of 2015, according to new figures released by the Abu Dhabi Tourism & Culture Authority.

Over 1.37 million guests stayed in the emirate’s 161 hotels and hotel apartments between January and April this year.

They delivered over 3.8 million guest nights, an increase of 11 per cent on the... Read More 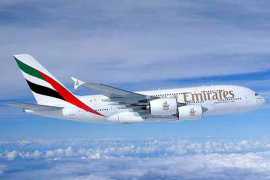 Dubai-based Emirates Airline has introduced a new feature allowing customers to book and lock in fares for 48 hours on its website.

Open to customers in the UAE and select markets, the ‘hold my fare’ feature on emirates.com allows users to hold their reservations and lock in fares for what the airline claims is a “nominal fee.”

The fee is calculated based on the... Read More 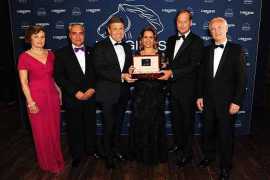 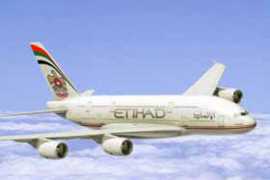 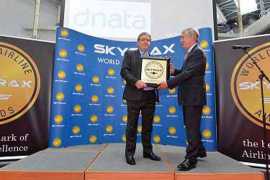 Wednesday, June 17, 2015 — Dubai and Singapore— Travellers from around the world have spoken. The dnata Lounge in Terminal 3 of Singapore’s Changi International airport has been awarded the World’s Best Independent Airport Lounge at the SkyTrax 2015 World Airline Awards in Paris.

SkyTrax polls over 18 million business and leisure air travellers from more than 160 countries to determine the winners... Read More 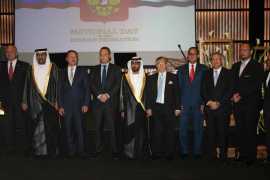 National Day of the Russian Federation in Dubai

The event was attended by high-ranking officials, heads of the diplomatic missions accredited in UAE, well-known businessmen and members of the Russian-speaking community and reporters from the leading UAE media. His Excellency Dr. Rashid Ahmed Bin Fahad, the UAE minister of Environment and Water and His Excellency... Read More