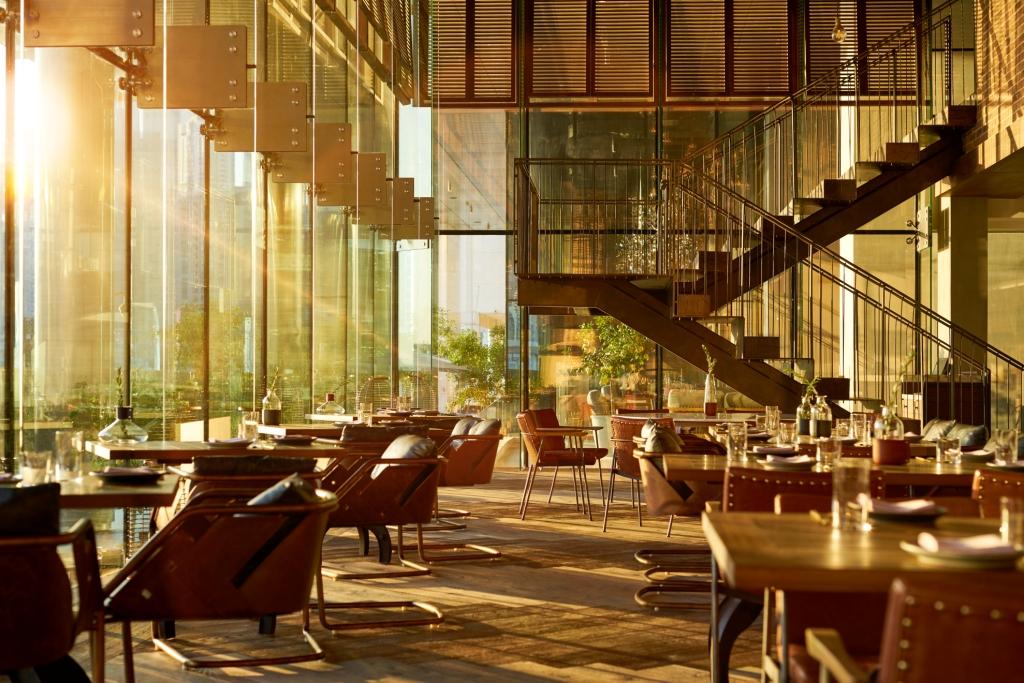 Internationally-acclaimed celebrity chef and restaurateur David Myers, who is as well-known for his gastronomic artistry as he is for his insatiable wanderlust, launches three exclusive dining and drinking experiences in the Renaissance Downtown Hotel, Dubai. BASTA! and Bleu Blanc are now officially open, while Poppy will unlock its doors in December.

As with every new venture that David puts his name to, his signature collection in Dubai reflects three well-defined concepts that are each close to his heart. Bleu Blanc is the quaint Southern French farmhouse-inspired restaurant of David’s dreams, where a large, wood-fired grill area takes centre stage, offering guests the chance of an up-close and personal chef’s table experience. BASTA! transports diners to an urban interpretation of a Roman trattoria, Florentine steakhouse and Neapolitan pizzeria, reminiscent of David’s own travel memories from these regions. Last but not least, Poppy is an intimate cocktail bar that fuses great drinks with a vinyl playlist. For added thrill, each of the three venues will showcase drinks menus curated by Sam Ross, the creator of modern classic cocktail Penicillin.

Both BASTA! and Bleu Blanc are set to host a selection of festive offerings this December, and are sure to end the year in spectacular fashion with New Year’s Eve celebrations giving guests a hot ticket to the excitement of Downtown Dubai’s firework displays.