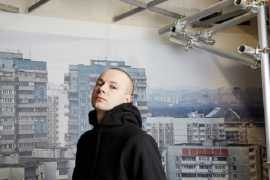 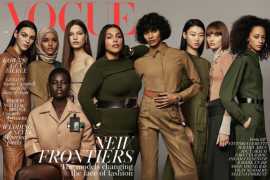 All but a handful were... Read More

Here are some... Read More

The luxury fashion house, Lanvin, was founded by Jeanne Lanvin in 1889. In 2001, Taiwan-based businesswoman Shaw-Lan Wang saw the potential of the brand in Asia and acquired a majority stake. Currently, Lanvin ... Read More

Lindsay Lohan, who was a guest of honour at the inaugural London Modest Fashion Week (LMFW), attended wearing a hijab and halal make-up, The National informed.

Lohan was invited by Haute Elan, the fashion house behind the event and was seen chatting to Saudi abaya designer Samah Khashoggi, who was showing her latest collection.

"Oh my days!" its post read. "As if Lindsay Lohan came... Read More

Designer Kim Jones to step down from Louis Vuitton

The National -- After a successful seven years at the helm, Kim Jones announced on January 17 that he is stepping down as creative director of menswear at Louis Vuitton. His final show for the house was on January 18, in Paris, when he delivers the autumn/winter 2018 collection.

Jones is credited with injecting a youthful energy into the luxury label, seamlessly blending Louis Vuitton’s famous travel heritage into collections that appealed to a younger audience. As well as following... Read More

With a nod to Stuart Weitzman’s legendary past campaigns and a look into the brand’s exciting future, the international... Read More