In 2014, BIG (Bjarke Ingels Group) won the architectural competition Audemars Piguet hosted to expand its historical premises. The firm designed a contemporary spiral-shaped glass pavilion to complement the company’s oldest building, where Jules Louis Audemars and Edward Auguste Piguet set their workshop, technically a start-up of the old times, in 1875. This architectural combination symbolises the blend of tradition and forward thinking at the heart of Audemars Piguet’s craftsmanship, while honouring its deep-rooted origins in the Vallée de Joux. BIG’s high-concept spiral, seamlessly rising from the ground, offers a pristine setting for the masterpieces of technicity and design which have taken shape, year after year, in this remote valley of the Swiss Jura Mountains.

Traditional workshops, where some of the Manufacture’s most complicated timepieces are still perfected today, have been included in the museum’s spatial experience to bring visitors in close contact with Audemars Piguet’s craftspeople. The Grandes Complications and Métiers d’Art Ateliers, situated at the heart of the spiral, infuse life into the numerous feats of mechanical mastery and design exhibited throughout the museum.

Today, the Musée Atelier Audemars Piguet offers a unique perspective of the Vallée de Joux and of the history of watchmaking—an ambitious architectural and museographical project made possible thanks to the creativity and collaboration of a host of experts, including architects, engineers and local artisans, as well as numerous departments within Audemars Piguet. All individuals involved pushed the limits of their craft to reach new heights. This is just the beginning of an ongoing story, it takes time to create a legacy. 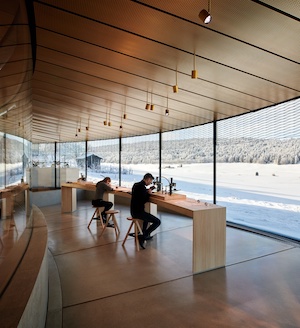 “We wanted visitors to experience our heritage, savoir-faire, cultural origins and openness to the world in a building that would reflect both our rootedness and forward-thinking spirit. But, before all, we wanted to pay tribute to the watchmakers and craftspeople who have made what Audemars Piguet is today, generation after generation.”

Jasmine Audemars
Audemars Piguet’s Chairwoman of the Board of Directors

The Musée Atelier Audemars Piguet exemplifies the spirit of visionary workmanship the Manufacture has always championed. After briefly retracing the development of watchmaking in the Vallée de Joux, known today as one of the cradles of Swiss complicated watches, the scenography presents Audemars Piguet’s rich legacy through a selection of the brand’s emblematic heritage and contemporary timepieces.

To offer visitors a diverse experience with crescendos, highpoints and contemplative moments, German museum designer ATELIER BRÜCKNER imagined the composition of the exhibition as a musical score. Interludes, including sculptures, automata, kinetic installations and mock-ups of intricate mechnical movements, give life and rhythm to various aspects of horological technique and design. Visitors are also invited to try their hands at some of the ancestral techniques perpetuated by Audemars Piguet’s finishing experts, such as satin brushing and circular graining. The visit culminates at the centre of the spiral with the display of Grandes Complications. 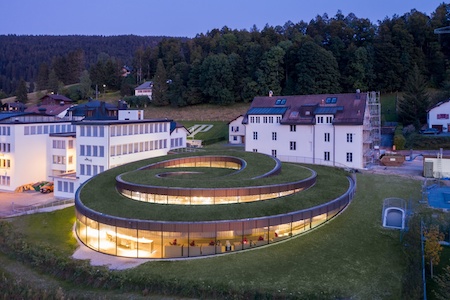 “The Musée Atelier Audemars Piguet is a unique place of discovery, learning and conviviality where knowledge and savoir-faire are passed on to the next generation. The technical complexity of its architecture and scenography connects it to the highly complicated movement of a Grande Complication.”

HOUSING OVER 300 WATCHES OF EXCEPTION

The showcases spanning over two centuries of history display more than 300 watches, including feats of complication, miniaturisation and unconventional designs. These watches of exception tell the story of how modest nineteenth- century artisans from an isolated valley at the heart of the Swiss Jura produced creations that caught the eye of metropolitan clients abroad and continue to captivate watch enthusiasts today across the world.

The Manufacture’s complicated masterpieces are located at the centre of the spiral, where the architectural intensity is at its highest. The astronomical, chiming and chronograph complications that have been at the core of Audemars Piguet since its establishment are orbiting around the ultra-complicated Universelle pocket watch from 1899. Inspired by the solar system, the spherical showcases of this section evoke the astronomical cycles of time at the heart of watchmaking.

Complementing the display of complicated timepieces, the Musée Atelier Audemars Piguet showcases the Manufacture’s ancestral savoir-faire through two specialised ateliers situated at the heart of the spiral. The first is dedicated to the Grandes Complications, where each watch composed of more than 648 components spends from 6 to 8 months in the hands of a single watchmaker

before leaving the workshop. The second workshop hosts the Métiers d’Art, where Haute Joaillerie creations are conceived and crafted by highly skilled jewellers, gem-setters and engravers. Looking at the past, present and future, these two ateliers, where some of Audemars Piguet’s most intricate creations are still produced today, embody the Manufacture’s uncompromising spirit. 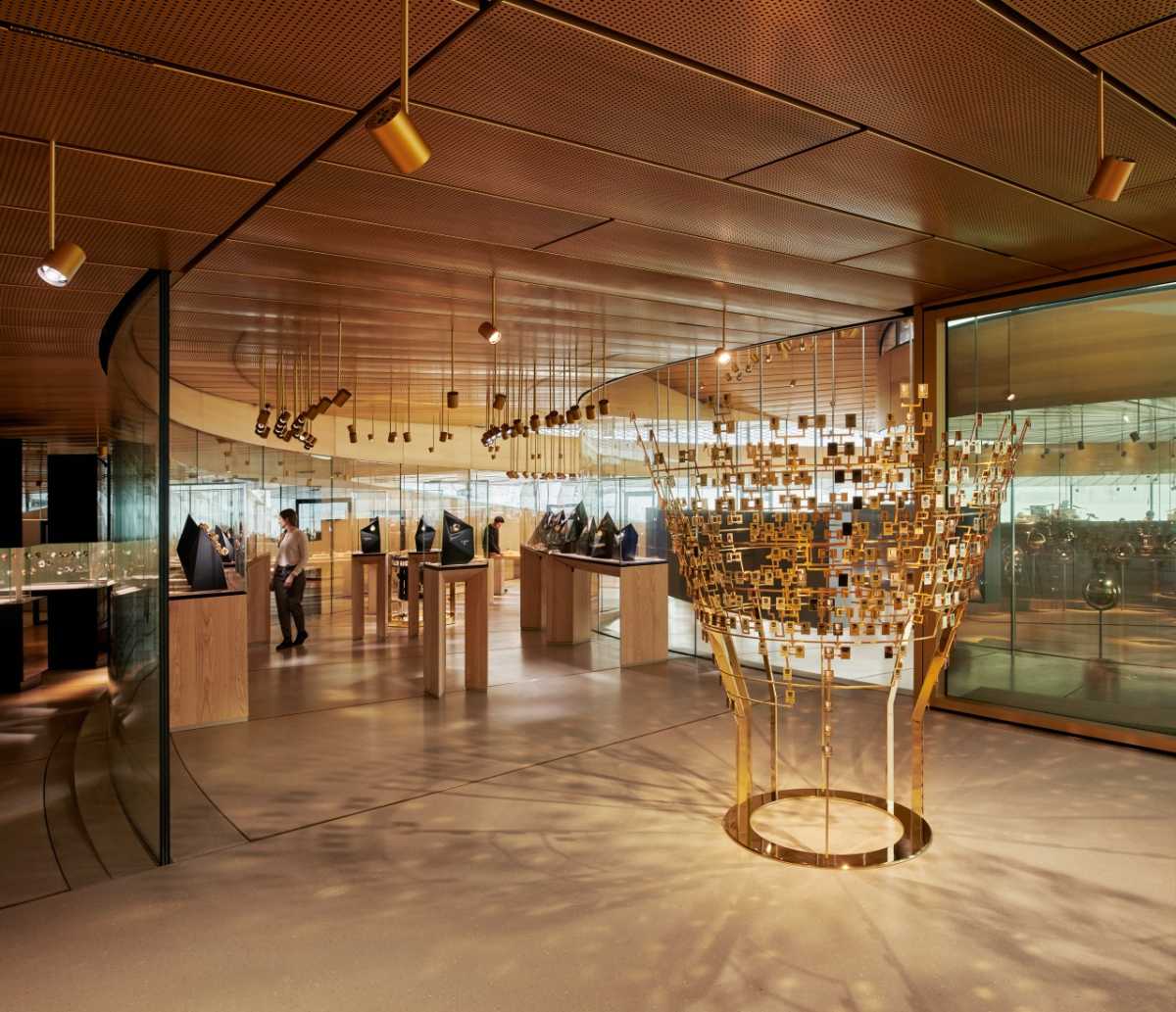 The Musée Atelier’s spiral-shaped pavilion, designed by BIG and realised by the Swiss architecture office CCHE, seamlessly rises on walls of structural curved glass. A feat of engineering and design, it is the first construction of its kind to be built at such altitude. The curved glazing entirely supports the steel roof, while a brass mesh runs along the external surface to regulate light and temperature. The green roof further helps regulate temperature, while absorbing water.

The spiral has been designed to perfectly integrate the surrounding landscape. The floors follow different slants to adapt to the natural gradient of the land and provide the basis of the museum’s inner layout stretched into a linear continuous spatial experience. Inside, the curved glass walls converge clockwise towards the spiral’s centre, before moving in the opposite direction: visitors travel through the building as they would through the spring of a timepiece.