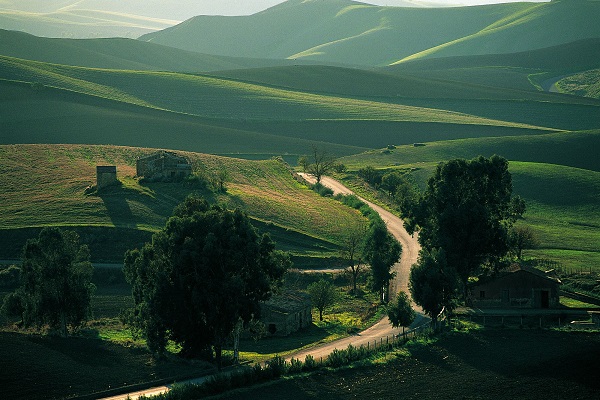 Rocco Forte Hotels, the prestigious family-run hotel group led by Sir Rocco Forte, has launched Exquisite Europe, a new series of experiences available in all 12 hotels to provide guests with the ultimate travel indulgences from landing on Mount Etna in a private helicopter to winery-hopping in a chauffeured Bentley to the distinguished vineyards of the Rheingau region. These extraordinary experiences, all created to unlock hidden treasures and see the sights like no one else, fully immerse guests in the local culture with unsurpassed adventures making for a once-in-a-lifetime holiday.

Guests who stay at Hotel Savoy will be treated to an adventure of a lifetime when they take a private helicopter over the rolling vineyards of the Tuscan countryside with award-winning sommelier to the stars, Filippo Bartolotta to an acclaimed vineyard for wine tasting and lunch. For a more thrilling helicopter flight, guests of Verdura Resort can pass over the ancient towns and villages of Sicily on their way to Mount Etna where they will land on the summit and be shown hidden caves and volcanic craters by a local guide. When in Rome at Hotel de Russie, guests can escape the busy city streets and instead see the sights of the beautiful Roman landscape from the sky in a private hot air balloon.

Culture awaits guests of Hotel de Rome in Berlin where they will have an exclusive behind-the-scenes tour of the famous Staatsoper Opera House followed by VIP seats at a performance and private introduction to the Maestro himself, Daniel Barenboim. For the wine connoisseur, Villa Kennedy in Frankfurt will drive guests in an all-terrain Bentley Bentayga to the vineyard-studded hills of the Rheingau to explore the private lavish grounds and taste the wine grown on the estates. Guests of The Charles Hotel in Munich will be treated like royalty when visiting the Nymphenburg Palace for an exclusive behind-the-scenes tour of the world famous porcelain making enterprise followed by a meet and greet with the local artisans.

Guests of Brown’s Hotel will learn about the political intrigues of kings and queens dating back to 1066 from a Beefeater when taking a private after-hours tour of the Tower of London, followed by a front row seat to the time honoured tradition of the “Ceremony of Keys” – the ceremonial locking up of the Tower that has taken place every night for the last 700 years. In Scotland, the birthplace of golf, guests of Edinburgh’s iconic Balmoral Hotel can perfect their swing with a PGA professional at the exclusive members only Archerfield Links Club, a sublime coastal course.

Other Rocco Forte European experiences include skydiving over the Belgium countryside when staying at Hotel Amigo or in Russia at Hotel Astoria, a private viewing of the world famous Imperial Faberge eggs followed by a champagne and caviar reception while watching a traditional Russian ballet performance.

Commenting on the new programme, Sir Rocco Forte, CEO and Chairman of Rocco Forte Hotels said: “The launch of Exquisite Europe firmly establishes our belief that luxury should be about creating the right experience for a particular need and we are always striving to achieve the highest levels of service, expertise and attention to detail to ensure our guests have a truly memorable, one-of-a-kind experience. “

Established by Sir Rocco Forte and sister, Olga Polizzi in 1996, Rocco Forte Hotels is a collection of 12 individual hotels and resorts. All of the hotels are landmarks, both old and new, occupying magnificent buildings in exceptional locations. Led by a family who has been in hospitality for four generations, the hotels are united by their distinctive approach to service ensuring guests experience the best of the cities and surrounding areas.

Future openings: The Westbund Hotel, Shanghai in 2019 and Villa Igiea, Palermo in 2020