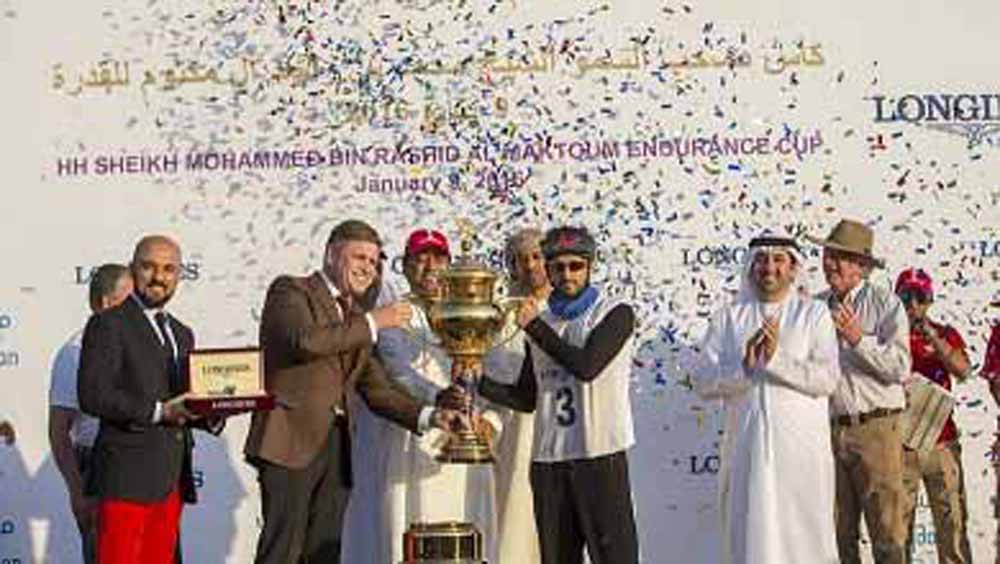 The win marked the second consecutive victory in the HH Endurance Cup for Shaikh Hamdan, who became one of four riders to win the event twice. Al Marri, winner in 2012 & 2013, was denied his attempt to become the first rider to win the competition three times.

Shaikh Hamdan, riding for MRM Stables, was never far back in the competition. He completed the four earlier loops of the five stages with placements of fifth, third, first and second before overtaking Al Marri in the final loop to gain the win. His total ride time for the win aboard the 15-year-old chestnut mare, Ajayeb, was 6:32:50.

MRM Stables secured three of the top four placements with finishes of first, third and fourth.

Held at the purpose built Dubai International Endurance City, and organised by the Dubai Equestrian Club, a member of the Meydan Group, the international event attracted one of the largest and most competitive fields in the history of the ride. A total of 227 riders, representing an impressive 41 countries, began the ride at 7am. The 160km competition consisted of five in distances of 40, 35, 35, 32 and 18 kilometres.

Each year the DEC works to improve and further grow this event. Our focus is not only on the sport here in the UAE but development around the world. More than 40 countries were represented this year and this is proof of Dubai's commitment to endurance."