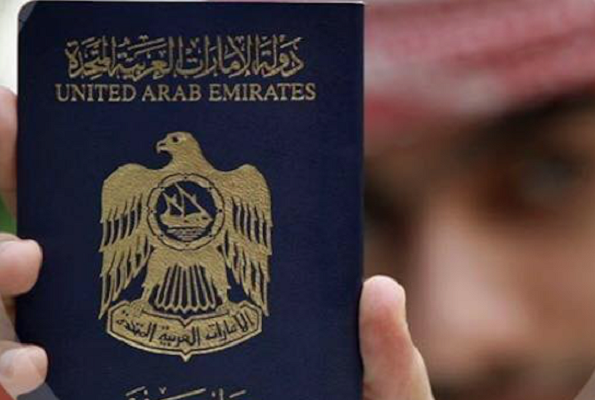 The UAE now has the world's most powerful passport, achieving the top ranking on Saturday in an achievement hailed as a tribute to the legacy of the Founding Father, Sheikh Zayed, and the country's diplomacy.

The number 1 spot in the global Passport Index was achieved just as the UAE celebrates it 47th National Day and its achievements since 1971.

Sheikh Mohammed bin Rashid, Vice President and Ruler of Dubai, welcomed the news, saying in a tweet that the world "opens its doors to the people of the UAE" and congratulating the foreign ministry headed by Sheikh Abdullah bin Zayed, Minister of Foreign Affairs and International Co-operation.

Sheikh Abdullah said the achievement was "a true reflection of the legacy of Sheikh Zayed, the Founding Father of the UAE".

"It also underscores what can be achieved through positive diplomacy, reflecting the UAE as a confident and engaged force at the global stage," Sheikh Abdullah said in remarks reported by Wam.

The ministry launched the UAE Passport Force initiative to place the Emirati passport on the list of the five most powerful passports in the world by 2021, but achieved this goal three years early.

The UAE passport was in 27th position on the index in December 2016 and had risen to 4th place at the end of October.

The index, compiled by Arton Capital, ranks national passports based on the number of countries a holder can enter without a visa or by obtaining one on arrival.

The UAE passport holder can now travel to 167 countries without the need for pre-visa requirements, which is 84 per cent of the number of countries listed in the index.

The Passport Index is an interactive platform that continuously monitors changes and developments in ranking passport strength, said Armand Arton, founder and president of Arton Capital.

The Emirati passport had witnessed unprecedented progress globally in the past few years, reflecting the international stature of the country, he said.

"We congratulate the UAE on this great achievement, and are pleased to work with the Ministry of Foreign Affairs and International Cooperation since the launch of the UAE Passport Force initiative," Mr Arton said in remarks reported by Wam.