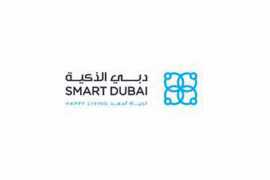 Announced at a press conference at the Internet of Things (IoT) World Forum 2015, currently being held in Dubai, the website Smartdubai.ae provides comprehensive information on the city’s efforts to realise the vision of Vice President and Prime Minister of the UAE and Ruler of Dubai His Highness Sheikh Mohammed bin Rashid Al Maktoum to make... Read More 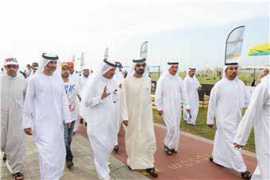 Sheikh Mohammed attended part of the 6th day of the tournament held under the patronage of Dubai Crown Prince and Chairman of the Dubai Sports Council His Highness Sheikh Hamdan bin Mohammed bin Rashid Al Maktoum.

The event, which is the biggest in the history of air... Read More 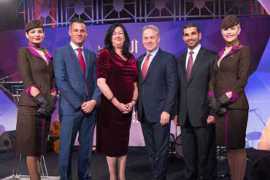 Etihad Airways has won Air Transport World’s airline of the year award in what the chief executive of Abu Dhabi’s flagship carrier said was a vindication of the quality of its services amid an onslaught of criticism from US rivals over purported government subsidies Arabian Gulf carriers receive.

“There have been attacks on our business model but we have chosen to let our service, our routes and our competitive offer do the talking,” James Hogan said. “Etihad... Read More 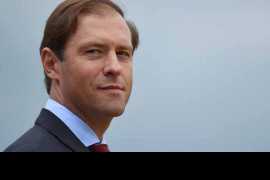 Russia wants to boost trade ties with the UAE at the same time as it pursues closer links with Iran.

The Russian trade minister Denis Manturov told The National that he wanted to grow the US$2 billion in trade with the UAE while also boosting industrial cooperation with Iran.

He has visited Tehran and Abu Dhabi in recent weeks, while last month the Russian president Vladimir Putin also visited Iran for the first time in almost a decade. 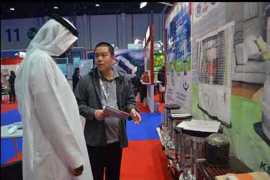 China Trade Week kicks off on Monday with 200 exhibitors

Abu Dhabi: The UAE is a key player in the success of China’s “One Belt, One Road” initiative as the Gulf country is the largest and most developed import-export hub in the region as well as China’s largest trade partner in the GCC.

The Chinese initiative launched by President Xi Jinping aims to re-establish the old Silk Road trade route both on land and on sea.

According to David Wang,... Read More 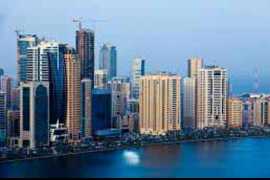 Abu Dhabi: Sharjah Investment and Development Authority (Shurooq) announced it will be participating in China Trade Week, which will be held from December 7-9 at Abu Dhabi National Exhibition Centre.

The Authority is participating together with Sharjah Chamber of Commerce and Industry, and Sharjah Airport International Free Zone Authority, and aims to showcase the opportunities offered by... Read More 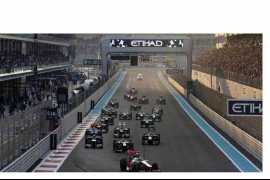 Formula 1 Etihad Airways Abu Dhabi Grand Prix has been named the most familiar among the world sport events hosted by the UAE in a YouGov survey.

The majority of the respondents in the survey backed the Arab country’s efforts to attract popular sporting events to the country.

One in three interviewed online believe being a host nation of major sporting events makes them proud to live there,... Read More 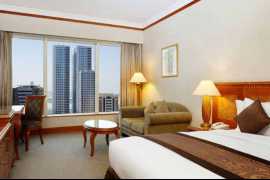 More than 1,000 hotel rooms became active in the UAE in November 2015, as three global hotel brands entered the Dubai and Sharjah markets to benefit from the growth of tourism in the country.

The hospitality sector in Dubai has witnessed the entry of 618 rooms and new hotel apartments, as the sector is targeting roughly 92,000 rooms by the end of this year, compared with 76,000... Read More 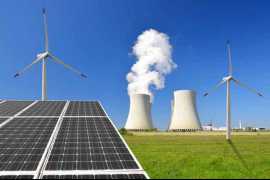 The UAE’s dream to generate electricity from nuclear power plants gathers pace as the Emirates Nuclear Energy Corporation (ENEC), the entity responsible for implementing the country’s nuclear energy programme, completes several major construction milestones, according to state news agency WAM. These include the completion of the 2,000-tonne containment liner plate for the reactor... Read More 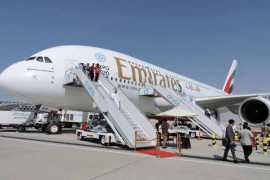 The two-class A380 will have more economy seats, allowing the Dubai airline to boost capacity 6 December 2015

Emirates’ first two-class A380 enters commercial service from today on routes to Copenhagen and Bangkok as the economy-packed planes target high-volume routes.

Passengers gazing out from Concourse A at Dubai International won’t be able to tell much difference but inwardly the design of these new A380s is significantly different, with the 58-seat business class – 18 seats less... Read More