Bloomberg, 3 October -- The Israelis and Turks, the Egyptians and Jordanians – they’re all beating a path to the Kremlin in the hope that Vladimir Putin, the new master of the Middle East, can secure their interests and fix their problems.

The latest in line is Saudi King Salman, who on Wednesday is due to become the first monarch of the oil-rich kingdom to visit Moscow. At the top of his agenda will be reining in Iran, a close Russian ally seen as a deadly foe by most Gulf Arab... Read More 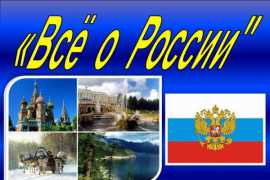 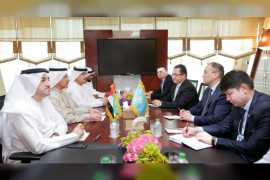 WAM -- Sultan bin Saeed Al Mansouri, Minister of Economy, has called for stronger cooperation between the UAE and Kazakhstan in the areas of information systems, innovation, and smart cities during his meeting with Kazakh Minister of Information and Communications, Dauren Abayev. The discussions revolved around the creation of joint mechanisms for facilitating cooperation and exchange of expertise in these key segments. 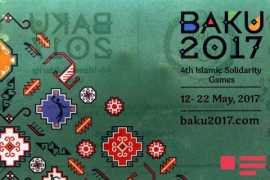 2017 is the Year of Islamic Solidarity in Azerbaijan

The President of the Republic of Azerbaijan Ilham Aliyev has declared 2017 the Year of Islamic Solidarity in Azerbaijan. In the decree signed by the President of the country it is said that Azerbaijan has been one of the main centers of Islamic civilization for centuries. Azerbaijan has played a significant role in the spread of Islam, as well as establishment of Muslim renaissance. All of these paved the way for the formation of material and non-material heritage of Islam on the territory... Read More 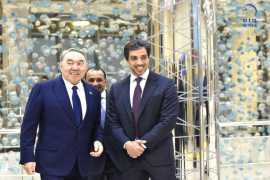 The banquet was hosted in honour of Sheikh Mansour who is in Almaty to attend the opening of the 28th Winter Universiade . 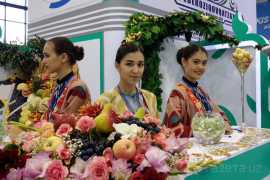 I International Fruit And Vegetable Fair In Tashkent

I International Fruit and Vegetable Fair will be held at JSC "Uzexpocentre" from 8 to 10 November 2016 in Tashkent.

The fair is organized by the HC "Uzbekozikovkatholding", HC "Uzvinosanoat-Holding", the Association "Uzbekozikovkatzahira", JSC "Uzagroeksport" and LLC "Directorate of International fruit and vegetable fair".

The fair will allow the Uzbek companies to present their products, expand the geography, sales market of agricultural products and to find new foreign... Read More 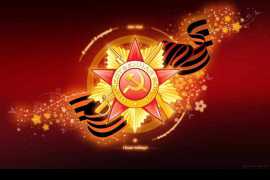 Belarus Ambassador to the UAE, Semeshko Alexander talks about bilateral relations, politics, and economy and how the country can strengthen its position in the Middle East

Republic of Belarus has various plans of major economic activities to be held in UAE. Along with these plans are the celebration of its... Read More