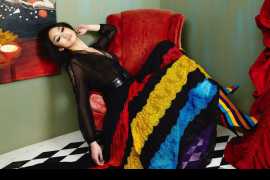 This season, clothes seem especially geared to garner attention: platforms, big puffy coats, and lots of purple. Nineteen-eighties-style glitz and excess fit perfect for a Bret Easton Ellis heroine — especially exaggerated shoulders — were in evidence, as was the 1990s-grunge penchant for layering a fancy evening gown over a simple turtleneck or T-shirt. Layering was a recurring theme: This fall, you can cozy up in military-style outerwear, throw on a tartan coat, try out a sweeping cape, or... Read More 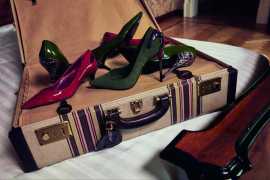 The new Baldinini presents Fall/Winter 2016/2017 Collection during the Milan Fashion Week 2016, in Milan, Italy. Featuring fantasy and colors in the preview, the new collection highlights an everyday journey which tells the unconditional passion for the world of footwear - unique and iconic shoes for every moment of the day. 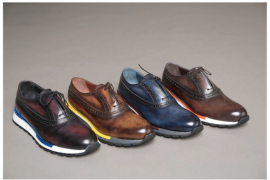 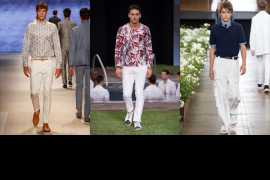 Despite their simple nature, shorts can still go very wrong. No longer one-type-suits-all, shorts come in a slew of styles, in differing lengths and various fabrics, making them occasion-appropriate for certain functions where a little relaxation is in order. From beach holidays to weekend getaways, summer garden parties to lounging around the home, the short needs just as much attention and planning as one would give their suit. Taking out the difficulties, we’ve compiled a complete guide... Read More 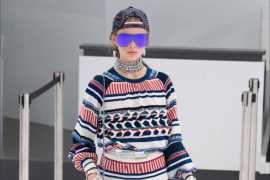 The stripe story for spring is all about coloring between the lines, indeed. Bold, layered shades lend even more interest to this graphic tale. 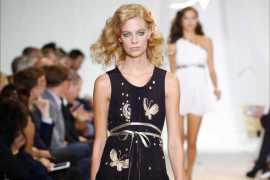 As many plants are essential foundations for life sources, we research into their growth, needs and exceptional beauty. Botanical illustrations are key as we now look at the florals in a scientific manner. Sketched imagery of other wildlife such as bugs and butterflies also comes into play as the color palette is natural with brown undertones. 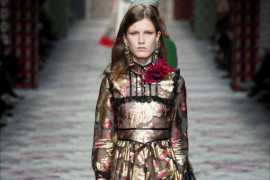 It may not be one of the biggest spring/ summer 2016 color trends on the runway, but silver is very much in and seen all over, especially on shimmering fabrics. Dresses of all types appear in silver, on the Paris Fashion Week among others, as per Iris Van Herpen, Paul & Joe, Louis Vuitton, Chanel and Saint Laurent, the latter with a tiara topping its gowns. We see the shimmering effects of the silver at the Emanuel Ungaro show, appearing in a crop top twin set and a loose mini dress,... Read More 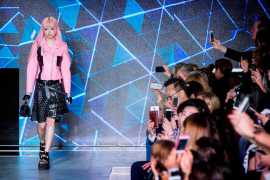 Fashion is a game or, better, it’s a videogame. Nicolas Ghesquière takes Louis Vuitton into the future. Within the setting of the LV Foundation, the French designer presents one of his best and most accomplished collections since he has been at the helm of the house: women of virtual perfection invade the runway like heroines of a videogame, wearing utilitarian jumpsuits or monogrammed biker jackets, paneled skirts and flouncy tops, or  leather shorts and gilets. Little... Read More 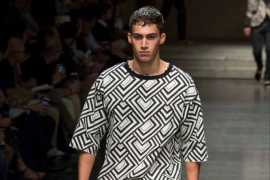 We’re throwing the “rule book” out the window that claims you can only wear dark colored jeans in the fall and winter. We weren’t great following rules anyway.  But, since it’s spring, light washed denim looks... Read More