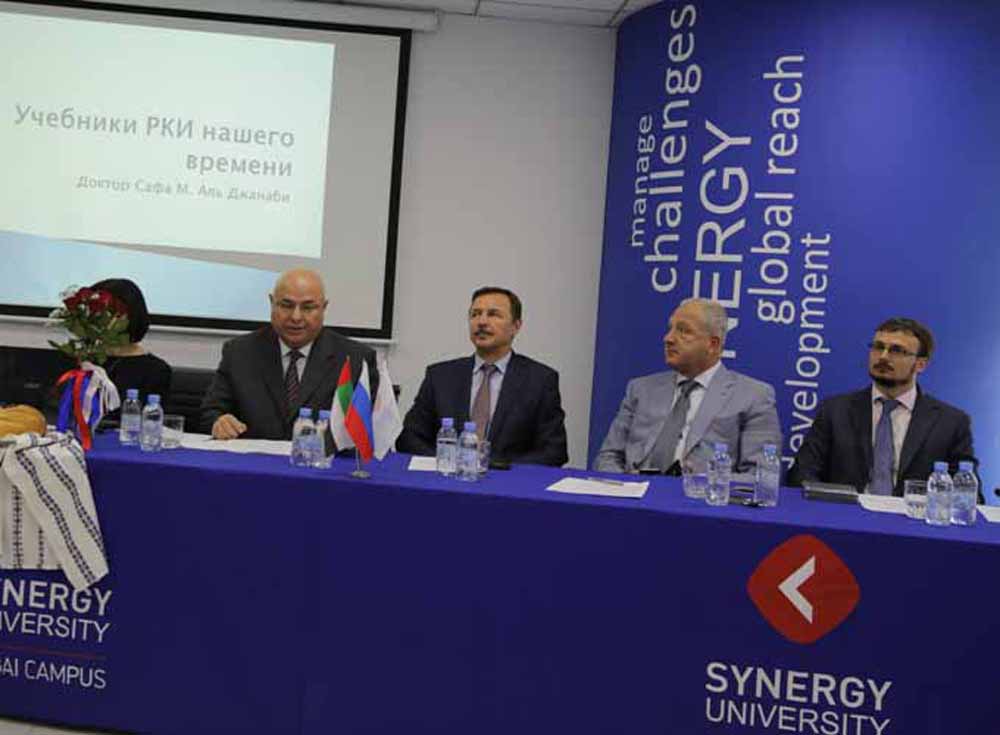 Issues concerning the teaching of Russian language discussed in the UAE

In early April 2015, a roundtable was held in Dubai on “Study Guides for the Russian Language: The Role of Literary Traditions, Trends and Modernity”. Aviamost brings a report

The participants of the event discussed modern methodology guides used for teaching Russian as a foreign language. They also touched upon the issue of introducing cultural components to the study process. Of no small importance, the teachers say, is the formation of a positive image of Russia, for example, through the works of Russian writers.

The roundtable also included the ceremonial presentation of study guides to the Russian compatriots’ library. Furthermore, an exhibition was organized to highlight new methodological literature a well as publications on history and social studies.

The event was organized by the Council of the Association of Russian Compatriots of the UAE with the support of the Russian Embassy in UAE and the General Consulate of Russia in Dubai and the Northern Emirates.