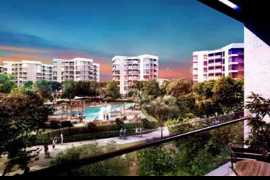 The project is planned to break ground in fourth quarter 2015 and is destined to become a 24-hour living, walkable community spread over 800,000 sqft of land.

With an estimated construction value of Dh700 million, MAG 5 Boulevard will be strategically located within DWC’s Residential Area and will... Read More 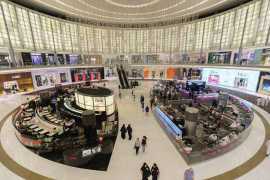 Exciting times ahead for retail market

Dubai: The UAE’s retail market is vibrant and has promising outlook as major retail groups are expanding their footprints across the emirate, according to a top official of Dubai Chamber of Commerce and Industry.

President and chief executive of the chamber Hamad Buamim said the retail sector is contributing around one third to the country’s gross domestic product... Read More 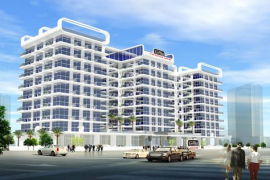 Danube has launched realty projects Dreamz by Danube, Glitz 1, 2 and 3 -- worth Dh1.2 billion within a year.

Dubai: Danube Properties on Monday launched its fourth project ‘Glitz 3’ and its chairman claimed that the apartments, priced at Dh475,000, are for the middle-income resident.

The launch of all Danube Properties’ projects so far have been in keeping with the government’s ideology of introducing more affordable housing in the residential development market, Danube Group... Read More 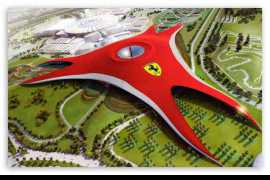 Commenting on the win, Jesse Vargas, General Manager at Ferrari World Abu Dhabi, said, “We are delighted to receive this prestigious award and would like to thank World Travel... Read More 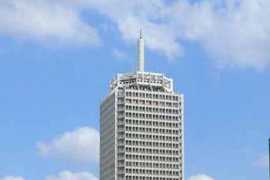 Dubai: Dubai World Trade Centre (DWTC) was established as a free zone on Monday as part of a new law and series of decrees issued by His Highness Shaikh Mohammad Bin Rashid Al Maktoum, Vice-President and Prime Minister of the UAE, in his capacity as Ruler of Dubai.

Law No (9) of 2015 establishes DWTC “as a free zone subject to supervision” of the Dubai World Trade Centre Authority (DWTC), which was also... Read More

Dubai, UAE –18 May 2015:  The industry’s top designers and consultants are hard at work on a range of attractions at Dubai Parks and Resorts, which is set to be the region’s largest multi-themed leisure and entertainment destination. Following the unveiling of a scale model of the resort earlier this month at Dubai’s Arabian Travel Market, Dubai Parks and Resorts has announced further... Read More

Dubai: Expanding its reach in Gulf waters, the Roads and Transport Authority (RTA) has opened the 34th marine station in Dubai.

The newest station that caters only to water taxis is located near Waldorf Astoria Hotel at Palm Jumeirah.

Marine stations are lined up all along the shore of Dubai as well as Deira Creek and other water bodies in the city.

Some of the stations cater to all... Read More 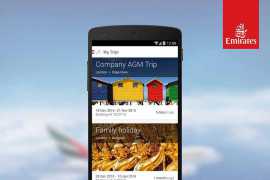 May 18, 2015 — • The Emirates App now available on the world’s largest mobile platform

DUBAI, UAE, 18th May, 2015 – On the heels of the successful launch of its Apple Watch app, Emirates announced today the debut of the Emirates App for Android, the world’s largest mobile platform. With more than one hundred thousand monthly users... Read More 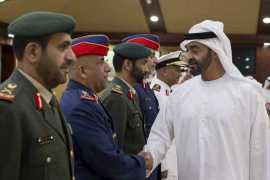 Gulf security is an essential part of the global stability: Mohammed bin Zayed

Shaikh Mohammed bin Zayed said that the international community, led by the United States, must realise that the security and stability of the Arabian Gulf is closely linked to the global security.

His Highness Shaikh Mohammed bin Zayed Al Nahyan, Crown Prince of Abu Dhabi and Deputy Supreme Commander of the UAE Armed Forces, has stressed that the security of the Gulf region is an essential part of the global stability, given the region’s economic,... Read More 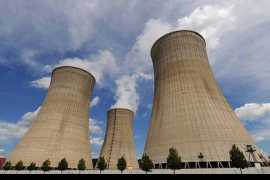 The FANR drafted a revision to Regulatory Guide 001 for Content of Nuclear Facility Construction and Operating Licence Applications.

Abu Dhabi - The UAE Federal Authority for Nuclear Regulation (FANR) released a draft nuclear safety regulatory guide on Sunday and invited the public to review it and submit their feedback.

The FANR drafted a revision to Regulatory Guide 001 for Content of Nuclear Facility Construction and Operating Licence Applications... Read More