UN secretary-general Ban Ki-moon has called for the co-operation of governments, the private sector and humanitarian agencies to close the $15bn funding gap in providing vital aid to 125m people in need around the world.

Ban made the appeal at the high-profile launch event for new report Too Important to Fail - Addressing the Humanitarian Financial Gap, held at Dubai's International... Read More 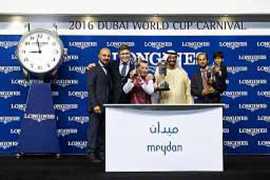 The meeting began with the evening’s only Purebred Arabian race, Group 1 Al Maktoum Challenge over the mile and was later... Read More 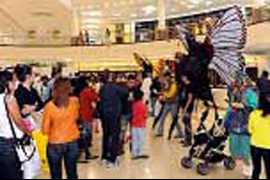 Residents and visitors from around the world have been thoroughly enjoying themselves at the plethora of events and activities that have been rolled out during the 21st edition of the Dubai Shopping Festival by the organizers, Dubai Festivals and Retail Establishment (DFRE), an agency of the Department of Tourism and Commerce Marketing (DTCM), with the malls in particular being a favourite of families seeking rewarding shopping experiences.

With several events designed to reflect  the... Read More 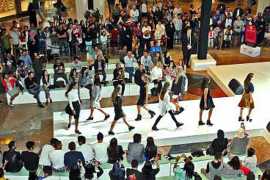 The Apparel and Fashion themed events of  the current edition of Dubai Shopping Festival reached a whole new level with fashion shows by three leading luxury brands at the Mall of the Emirates on 16 January 2016.

DSF 2016  organised by Dubai Festivals and Retail Establishment (DFRE), an agency of the Department of Tourism and Commerce Marketing (DTCM) – collaborated with BCBG Max Azria, Billionaire Italian Couture and DKNY to showcase their new collections at the mall’s Fashion... Read More 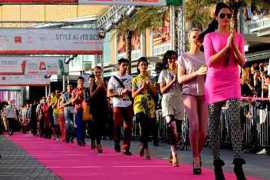 Luxury fashion to take spotlight at three special locations on 18, 23 and 25 January

The Dubai Shopping Festival is continuing to maintain its reputation for  offering unique shopping experiences to visitors by hosting a number of special events focusing on the Apparel and Fashion Theme at its ongoing 21st edition,  aimed at highlighting and helping to boost a sector that has helped Dubai emerge as a must-visit fashion capital.

Indeed, connoisseurs of fashion will be able to ‘... Read More 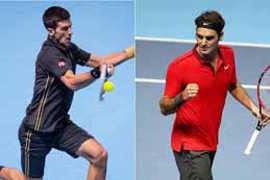 Together, Federer and Djokovic hold 11 of the last 13 titles in Dubai but competition remains... Read More 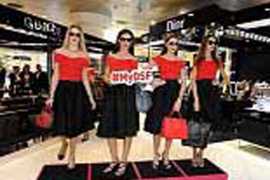 With residents and tourists from around the world enjoying the unprecedented shopping, entertainment and winning experiences that are taking place all over the city during Dubai Shopping Festival, Paris Gallery sprang a delightful surprise on shoppers during the weekend with a flash mob activation at the Dubai Festival City Mall.

The special flash mob featured eight professional models and made them the centre of attention as they showcased Paris Gallery’s amazing offers, discounts... Read More 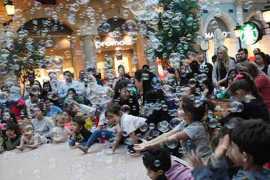 Mercato enthralls families with array of stage shows this DSF

The 21st edition of the Dubai Shopping Festival continues to give families a chance to enjoy days out together with fantastic shows taking place across the city with Mercato Mall keeping children and adults alike entertained with several stage shows all with a special Italian flair.

The ‘La Belle Vita’ stage - adorned with brilliant traditionally Italian aesthetics - at Mercato Mall has beomce the hub for  a number of brilliant shows all with their own fantastical elements. 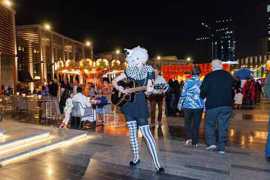 The Carnival Comes to THE BEACH this Dubai Shopping Festival

Retro Carnival at THE BEACH

The Carnival at THE BEACH gives visitors a chance to enjoy festive entertainment at its best. 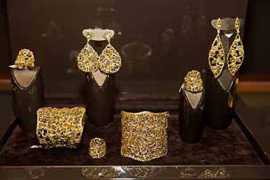 Over the years, Dubai Shopping Festival has become synonymous with an immersive shopping experience, imbuing the feel-good factor that shoppers have come to expect. The experience goes beyond the cliché term of ‘retail therapy’ as shoppers identify with the things that matter the most to them; in short, things that unwrap the exceptional in them.

As part of the Gold and Jewellery themed events of DSF 2016, organised by the Dubai Festivals and Retail Establishment (DFRE),  an agency of... Read More