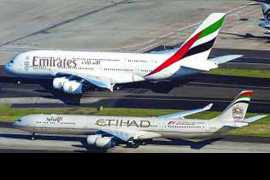 Emirates, Etihad among safest airlines in the world

Dubai:  Two major Gulf carriers, Emirates and Etihad Airways, have just been named among the world’s top 20 safest airlines for 2016.

AirlineRAtings.com, which regularly tracks 407 airlines, picked Australia’s Qantas as the world’s safest. Holding the top spot for the third year running, Qantas has never had a... Read More 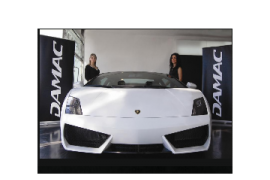 New buyers of selected villas or apartments will receive the 2016 models of Lamborghini Huracan, BMW 730i, BMW X6 xDrive 35i or other luxury cars depending on... Read More 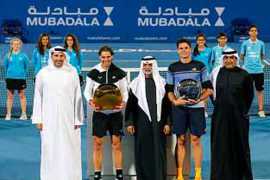 Abu Dhabi - 2 January, 2016: It was jubilation for the Abu Dhabi crowds as Rafael Nadal was crowned king of the Mubadala World Tennis Championship in a victory that could signal the... Read More

President thanks ‘brother’ on behalf of people and wishes him ‘bigger, more beautiful and more giving decade to come’

Abu Dhabi: President His Highness Shaikh Khalifa Bin Zayed Al Nahyan, has sent a congratulatory cable to His Highness Shaikh Mohammad Bin Rashid Al Maktoum, Vice-President and Prime Minister of the UAE and Ruler of Dubai, on the occasion of his upcoming ten year accession day anniversary, wishing him greater benevolence towards his country and his... Read More 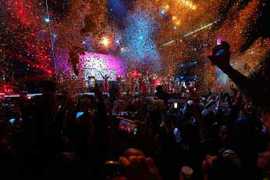 Dubai offers an exceptional start to 2016 with 21st edition of DSF!

All roads will lead to Dubai today (Friday, 1 January) as the 21st edition of  the Dubai Shopping Festival gives an exceptional start to the new year, offering residents and visitors from around the world to enjoy a multitude of unique experiences in a city that will be at its brilliant best over the next 32 days.

With its all-embracing slogan “One World. One Family. One Festival”,  bringing together people from different nationalities in a reflection of the cosmopolitan... Read More 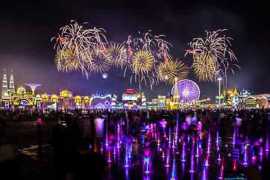 “Shop The World At Global Village This DSF” on 1 and 2 January The ‘Parade of the World’ and fantastic stage shows will create vibrant ambience during the Opening Weekend of DSF Exciting events, street entertainment and fireworks to give spectacular start to DSF

Dubai Shopping Festival will kick-off its 21st edition with a grand opening weekend of celebrations that will take place at the DSF Global Village World Party on 1 and 2 January at Dubai’s leading family entertainment destination.... Read More Living up to its name as a shopping haven, Dubai will usher in the New Year with a flash Dubai Shopping Festival (DSF) sale.

Shoppers can expect anywhere between 80 to 90 per cent discount starting midday tomorrow.

The 12-hour-long New Year flash sale - being held for the first time ever - will start at 12pm on... Read More

For the 3 rd time in Dubai, renowned and talented Etoiles and Soloists from Paris Opera National Ballet will perform an unprecedented  Ballet Gala

Thanks to the strong support of its partners, Sofitel Dubai Jumeirah Beach, Chalhoub Group, Air France and the Madinat Theatre the Paris Opera... Read More 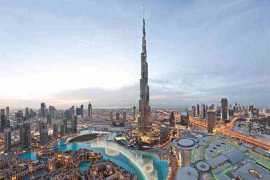 Dubai's iconic Burj Khalifa has been voted as the 'best tourist attraction' in the world for 2015 in an international poll.

The tower's observation deck 'At the Top' surpassed Disney World's Magic Kingdom and the United Kingdom's London Eye in a list created by online ticket sales site Attractiontix. The site polled thousands of voters to choose their favorite leisure attraction from... Read More