Essence and truth. For this Valentino haute couture collection, Pierpaolo Piccioli interprets fashion to perfection. "As Shakespeare says, we are made of the same material as dreams," says the designer a few hours before the show. "Dreams bring everybody together, because they are timeless, just like the haute couture." Piccioli loves art, music, poetry and the oneiric side of fashion which, as he says, must be strictly timeless because "couture is made of special moments, rituals that make... Read More

The wild and magical coastal landscapes of the Shetland Islands were the origin of this collection. Their natural beauty has inspired local artisans who have passed their skills down through generations of women for centuries. In particular, gossamer fine Shetland Lace, worn by crofters’ daughters and royalty alike, woven with indigenous flora and fauna–wild heather, clover, poppies and roses; sea birds and underwater creatures both real and mythical–is re-imagined. The colourful interiors... Read More

In many ways, Paris Haute Couture shared several characteristics with the women’s marches that took place around the world last weekend: both included prolonged periods of standing around outside in frigid temperatures, both engendered a female majority interest and one-of-a-kind ensembles featuring the colour pink, and both were attacked by sideline critics insisting they were pointless, reported Financial Times.

Wearable clothes at couture are something of an oxymoron: just where... Read More

Jean Paul Gaultier took us into the woods with his couture collection. It was an unusual setup for JPG. He’s more likely to summon the ghosts of Paris’s legendary nightclub Le Palace, or re-create Dancing with the Stars with a supermodel cast and an all-star jury. Gaultier’s never struck anybody as the outdoorsy type, has he? He’s a people person. But in his trademark fashion, he did woodsy with gusto.

As such, a wood-grain print got things going, appearing on everything from a slinky... Read More

The austere and moderate tone, the choice of dense colors, precious and nocturnal, upon which an opulent and deep black... Read More 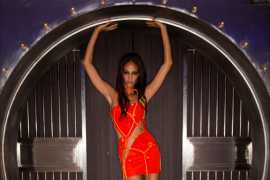 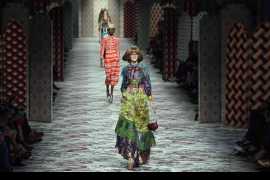 Tenderness is the key word to interpret this Gucci collection. Alessandro Michele continues the narration he started last January and confirms his talent in interpreting today’s aesthetics and tastes. Under the pouring rain in a new venue, an old tram depot in Milan’s  outskirts, another chapter of the Gucci story is being written. La dérive, that is, losing oneself, is only the beginning of a narration that sums up all that Michele has done so far: an exploration made of vital traces,... Read More 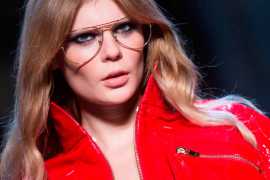 As always, Alexandre Vauthier collections are all about French savoir-faire paired with a certain edginess and a touch of glamour. This time around, his women's Couture offering came with a particularly sensual flair, as outfits evolved from street-wear inspired looks to more romantic ones. On the runway, his fierce and ultra-feminine Haute Couture pieces were quite appealing – think ultra-short and floor-skimming cocktail numbers in shiny dévoré optic or leggy and silk gowns with crystal... Read More 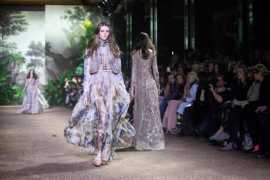 Lilah Wingfield, English explorer of the last century, and her travel diaries inspired this Couture collection of Elie Saab. Indian inspirations  dissolve the Victorian heritage of the clothes and make the entire collection fresh and light. On the catwalk, mini lace dresses, long tunics covered in crystals and wide pants to wear with sari tops. There are also elegant lace and crystals gowns, unique creations that we will soon see on the red carpet at the Grammys. 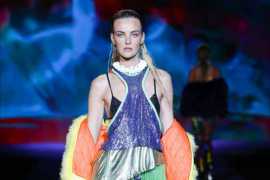 If you love to explore and want to shed off the mundane moments of your life, stick to the lush and happy green here that certainly has a rather distinct calm to it while still carrying an inspiring sense of curious exploration through things that are lush and brightened by the sun. It is a popular hue and we loved having it appear on the runways for the spring and summer seasons, as it is simply perfect for that time of the year.

Matched with Snorkel Blue, you can definitely see the... Read More