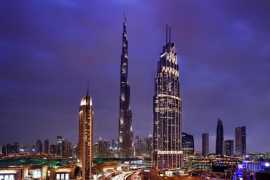 Pascal Dupuis, General Manager The Address Boulevard: "A city lifestyle resort set in the prestigious Downtown Dubai area, just a pleasant amble away from the cultural Opera District and The Dubai Mall, Address Boulevard offers world-class views of the magnificent and astounding Burj Khalifa - the world’s tallest building and an iconic symbol of Dubai.

Never seen before, The Restaurant at Address is a fresh, exciting concept, which uses impeccably dressed spaces to mirror a luxurious... Read More 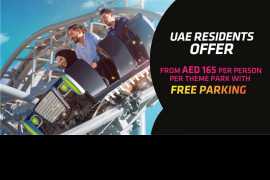 Dubai Parks and Resorts, the region’s largest theme park destination, is launching a UAE Resident Rate for the entire month of March.  The special rate is only bookable online at www.dubaiparksandresorts.com for each of the three theme parks and the waterpark and valid on presentation of an Emirates ID on arrival.

The UAE Resident Rate tickets will give friends and family across the UAE the chance to experience more rides, attractions and shows than anywhere else in the Middle East.... Read More 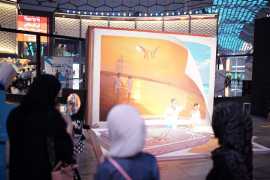 During the week-long Festival, public spaces in City Walk will serve as open-air ‘canvases’ for the artists to showcase their work. The Festival is organised by Brand Dubai, the creative arm of Government of Dubai Media Office, in partnership with Meraas, one Dubai’s leading holding companies. 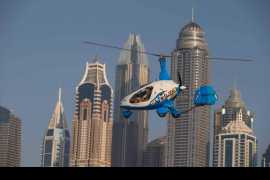 Stan Wawrinka spins around in a Skydive Dubai gyrocopter!

Defending Dubai champion and world number three Stan Wawrinka took to the skies yesterday for a private flight in a Skydive Dubai gyrocopter. Wawrinka joined one of the Skydive Dubai pilots for a flight over the Burj Al Arab, Palm Jumeriah, and Dubai Marina before making their way back to Skydive Dubai.

Wawrinka, the tournament second seed and reigning US Open champion, said "It was really great fun, I really enjoyed it. It's nice to fly in a small plane and see things from above.... Read More 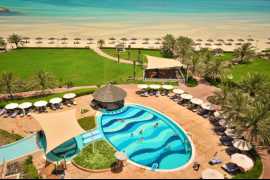 Danat Jebel Dhanna Resort, a beautiful sanctuary in the desert landscape of Abu Dhabi, was recognized with the ‘Recommended on HolidayCheck Award’ for being one of the UAE's hotels with accumulated good reviews from stay-in guests and visitors.

The award from HolidayCheck, Europe’s biggest hotel review portal with over 27 million site visits per month, noted that Danat Jebel Dhanna Resort obtained a high rate of 5.3 out of 6 from the customer reviews who visited the resort. 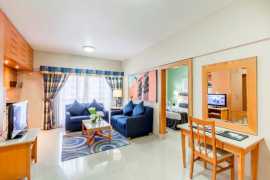 Golden Sands Hotel Apartments, part of A.A. Al Moosa Enterprises and pioneered the concept of hotel apartments in the region, will continue to highlight its affordable accommodation available to both leisure and business travellers from Europe as the team attends this year’s ITB Berlin, the world’s leading travel trade show running from 8 to 12 March. 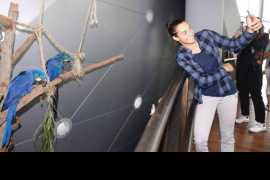 It’s ‘selfie-times’ for Caroline Garcia with the animals of The Green Planet!

Caroline Garcia, the Dubai Duty Free Tennis Championships’ top seed in the doubles, went back to nature at The Green Planet on Tuesday.

The world number three in doubles enjoyed the interaction with the animals, taking selfies with the birds and a baby rainbow boa constrictor and she even held a hissing cockroach!

The Green Planet, region’s first bio-dome, recreates a tropical forest with over 3,000 plants and... Read More 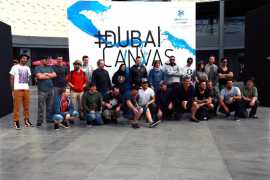 Artists participating in the Dubai Canvas 3D Art Festival have started working on their creations at City Walk ahead of the official start of the event that will take place from 1 to 7 March 2017.

The public have an invaluable opportunity to watch some of the world’s most accomplished 3D artists, many of them pioneers of new styles and techniques, at work. City Walk will be transformed into an ‘open air canvas’ for the artists to create their works. 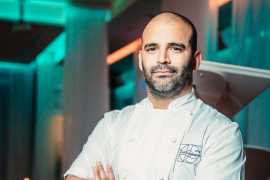 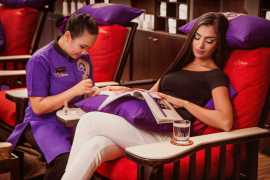 Join the sorority set and look your dazzling best for less with Tips & Toes’ new Annual Membership Program. Enjoy an array of free treatments and a discount of up to 30% on services, retail items and gift vouchers when you sign up at any branch across the emirates from January 2017 onwards.

Jump in for the Rolls-Royce of memberships for a flat rate of just AED 4,000 per annum and discover an abundance of benefits including a complimentary Express Mani/Pedi and either a Deep... Read More