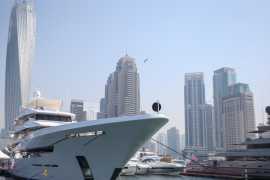 Some of the world’s most innovative water adventure companies are showing visitors how to shed new light on the ocean floor at the 25th Dubai International Boat Show. These deep sea submersibles are taking water wanderlust to new depths of planet Earth, allowing owners to access depths of a kilometre under the sea surface in comfort and safety.

Triton Submersibles, Seabreacher and Ortega Submersibles are all opening the eyes of thrill seeking visitors who are keen to explore the... Read More 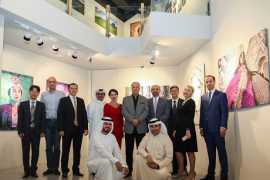 17th November 2016, Andakulova Gallery in Dubai hosted the official opening ceremony of the exhibition dedicated to the 25th anniversary of Independence of the Republic of Uzbekistan. This new artistic group photo exhibition titled “Outlines and Variations: Uzbekistan through photo lens”, organized under the patronage of the Consulate General of the Republic of Uzbekistan in Dubai, UAE. The photo exhibition is open to the public and takes place over two weeks – November 17th to December 5th... Read More 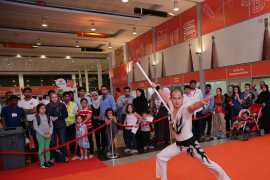 Themed ‘Read More’ and taking place at Expo Centre Sharjah, SIBF 2016 runs from November 2-12 and is hosting 1,681 publishing houses from 60 countries. More than 1.5 million titles will be on display from participating publishers. SIBF is now... Read More 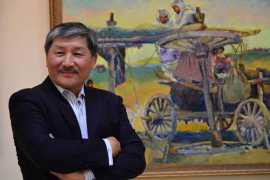 A reverence for history

During the period from November 18 to December 15, 2015 an International Cultural Festival of Sheikh Zayed for handicrafts menwill be heldin Abu Dhabi. The cultural festival held since 2009 providing cultural cooperation between the different countries, and also acquainting with cultural heritage of United Arab Emirates people.

This year the Kazakhstan handicraftsmen is participating in the festival for the first time and will compete with the colleagues from the Emirates, Saudi... Read More 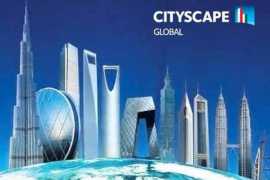 Developers at Cityscape Global will showcase cost-effective options for investors

Sixty per cent of investors expect Dubai's real estate market to grow over the next 12 months, says the results of a new survey conducted by global market research company YouGov.

With over half of home buyers (54 per cent) feeling positive about the continuing growth of the Dubai real estate market and a further three-fifths (58 per cent) expecting an increase in sales and rental prices over the next... Read More 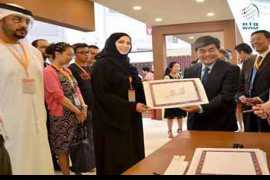 The Ministry of Culture, Youth and Community Development yesterday launched the UAE Cultural Week as part of the country's participation in the Beijing International Book Fair 2015 (BIBF) as the 'Guest of Honour'.

The ministry said the Cultural Week seeks to introduce the UAE's Arab-rich culture, heritage, development, and progress model to the world, and interact culturally and socially with participating countries.

Through its wise and creative leadership... Read More 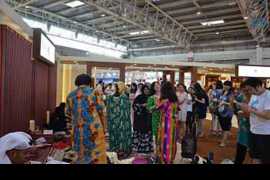 Official delegation seeks to strengthen rapport with i

Beijing: The UAE pavilion at the 22nd edition of the Beijing International Book Fair, has been attracting many Chinese visitors.

Visitors have shown a particular interest in the Arabic calligraphy and Heritage Village, where many get their names written in Arabic or try on traditional Emirati clothes, besides getting henna designs and taking photographs. 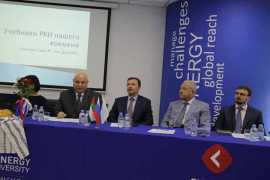 Issues concerning the teaching of Russian language discussed in the UAE

In early April 2015, a roundtable was held in Dubai on “Study Guides for the Russian Language: The Role of Literary Traditions, Trends and Modernity”. Aviamost brings a report

The participants of the event discussed modern methodology guides used for teaching Russian as a foreign language. They also touched upon the issue of introducing cultural components to the study process. Of no small importance, the... Read More 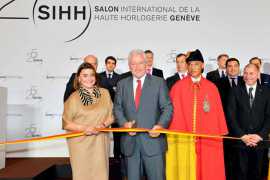 The 25th Salon International de la Haute Horlogerie which took place from January 19th to 23rd 2015 at Palexpo, Geneva has ended on a positive note despite the announcement by the Swiss National Bank that it would detach its currency exchange rate from the Euro. This instantly hiked up the value of the Swiss franc and made watch products abroad 20 per cent more expensive. The economic cloud, which seemed to match Geneva’s sky, however could not dampen the excitement of watch enthusiasts to... Read More