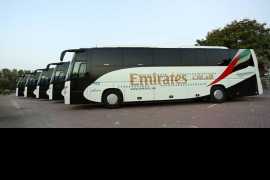 Emirates’ customers can now look forward to an enhanced travel experience, with the introduction of new, bespoke transfer shuttles designed in the iconic Emirates A380 livery. The complimentary bus service for Economy Class customers that operates between Dubai International Airport to and from Abu Dhabi and Al Ain, will now be on the award-winning, sleek buses from VDL Bus & Coach. A widely used and convenient alternative to driving or taking a taxi to the airport, the new buses will... Read More 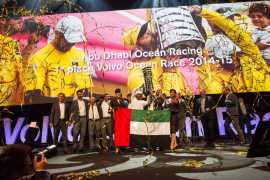 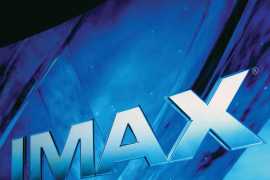 Novo Cinemas, the largest chain of theatres in the Middle East and a subsidiary of ELAN, has announced that through its partnership agreement with IMAX Corporation, the company will add two new IMAX® theatres in Dubai, which will feature IMAX's cutting-edge laser projection and sound technology. The IMAX theatres will be located at two new Novo Cinemas locations – at IMG Worlds of Adventure and Wafi Shopping Centre. The deal builds on the parties’ recent agreement for an IMAX theatre that... Read More 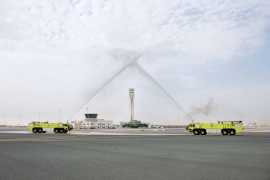 When DWC opened on 27 June 2010, Dubai Airports outlined an ambitious plan to ultimately create the world’s biggest and most advanced airport. Five years on it has taken significant strides towards... Read More 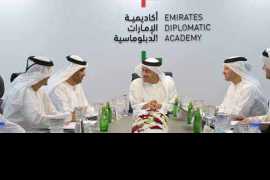 H.H. Sheikh Abdullah bin Zayed Al Nahyan, Foreign Minister and Chairman of the Emirates Diplomatic Academy’s Board of Trustees, stated that the UAE diplomacy has entered a new era with notable achievements that have contributed to strengthening the country’s favourable position in the global foreign policy arena over the course of the last four decades.

Speaking on the sidelines of the first meeting of the Board of Trustees on Tuesday, H.H. Sheikh Abdullah underlined the key role of... Read More 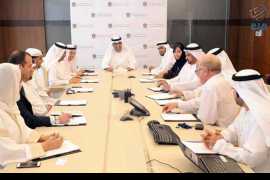 Dr. Sultan bin Ahmed Sultan Al Jaber, Minister of State and Chairman of the Board of Directors of the National Media Council (NMC), has said that the NMC will be building on previous achievements to continue the process of modernisation and development as the UAE already ranks high on global competitiveness indices.

During a meeting with the executive directors of the NMC, Al Jaber underscored the importance of enhancing the role of the NMC as a national authority for developing and... Read More 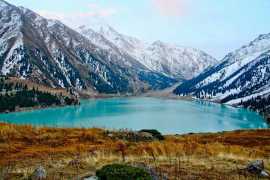 “Кazakhstan through the eyes of international media”

The contest, assessed by a panel drawn from members of the Union of Journalists and distinguished guests, aims to find high quality, insightful reporting on Kazakhstan in foreign media. The contest is open to journalists from North and South America; Europe; CIS countries; Africa and the... Read More 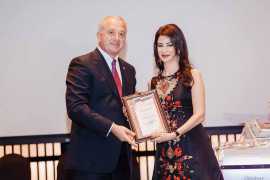 "Aviamost", the most popular and widely circulated Russian language magazine in the Gulf, celebrates another success by receiving "The Best Russian-language Media in the UAE and the Middle East" award. The Awards Ceremony took place at the reception organized by the diplomatic mission of Russian Federation in UAE during the celebration of the National Day of Russia. Consul General of the Russian Federation to UAE Mr. Gocha Buachidze handed over the award to Ms. Rita Boustany, Managing... Read More 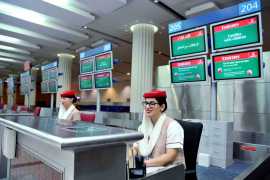 Emirates expects higher than normal passenger traffic on its flights this upcoming weekend, as travellers head home or abroad for the summer holiday season.

Over 62,000 travellers will board an Emirates flight from Dubai on Friday 26th June, and consistently high passenger loads are also expected from 25 to 28 June.

Emirates is reminding customers to arrive at the airport at least three hours before flight departure, and plan extra time to get to the airport. Passengers can... Read More 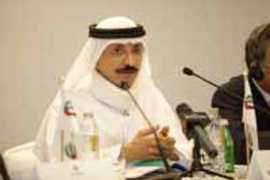 Sultan Ahmed Bin Sulayem, Chairman of DP World, today rang the market-opening bell to celebrate the listing of a 500 million US Dollar conventional bond by DP World on Nasdaq Dubai.

The listing by the global ports operator underlines Dubai’s expansion as an international centre for debt capital markets. The total nominal value of conventional bonds on Dubai’s exchanges is now US$11.82 billion.

The bell-ringing ceremony took place in the presence of Essa Kazim, Governor of Dubai... Read More