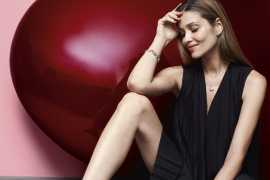 Greetings from The PANDORA Design Team 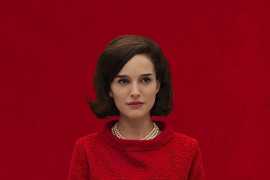 Revered and admired, Jackie Kennedy was one of the most popular and most photographed First Ladies of the 20th century. “Jackie,” starring Natalie Portman as the wife of President John F Kennedy, is an unflinching portrait of a woman both iconic and mysterious, as well as a rumination on faith, history, mythology and loss. Known for her elegant fashions and accessories, this fascinating character appears in the new film wearing her original gold Piaget watch and other Piaget fine jewelry... Read More 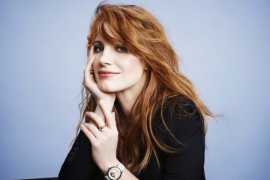 Stellar times are here to stay...

Piaget’s first complication watch Limelight Stella is dedicated to women and entirely designed and developed in the Manufactures of La Côte-aux-Fées and Geneva and requiring a one-day correction only after 122 years. The sun and moon play hide and seek at 12 o’clock and it is powered by a new mechanical automatic movement designed, developed and produced in-house the Calibre 584P, endowed with a 42-hour power reserve and beating at a frequency of 21,600 vph. The pink gold Limelight Stella... Read More 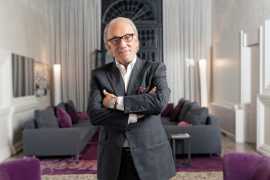 Speaking about the milestone... Read More 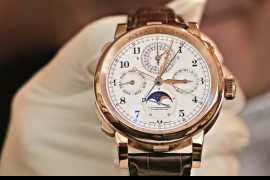 The development of the GRAND COMPLICATION is a perfect culmination of the brilliance of A. Lange & Sohne’s forbears and the virtuosity of today’s watchmakers, ascending to the very pinnacle of haute horology. Limited to just six pieces, it brings to life the most elaborate complications in haute horlogerie ever: Chiming mechanism with grand and small strike, minute repeater, split-seconds chronograph with minute counter and flying seconds as well as a perpetual calendar with moon-phase... Read More 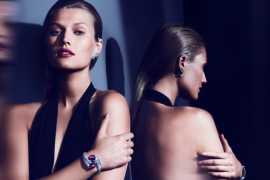 The ‘King of Jewellers and Jeweller to the Kings’, Cartier unfurls yet another magnum opus of pure bedazzlement. In it, the eye surrenders to sheer magic as the French luxury icon transforms sublime stones and precious materials into virtuoso creations where light is captured and enshrined forever. Diamonds, sapphires, emeralds, rubellites, beryls...as if under a spell of myth and magic unfold designs and colours that come alive in the art of the Cartier Magicien collection... 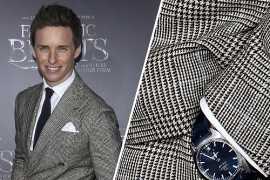 Oscar winning actor and OMEGA brand ambassador Eddie Redmayne walked the red carpet on Thursday night in New York City to celebrate the world premiere of his new film Fantastic Beasts And Where to Find Them.

The event was held at Alice Tully Hall, Lincoln Center, and Eddie proudly wore an OMEGA Globemaster with a blue dial and strap.

The film is an extension to the Harry Potter universe and is certain to be a popular talking point in the weeks and months ahead. 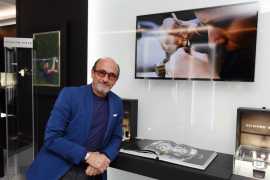 The year 1999 is a red-letter year in the history of watchmaking as it witnessed the launch of Richard Mille. Not for this brand the classic or the cliche. It is verily the ‘extreme watchmaker’. Inspired by the heady realm of F1 racing every aspect of this brand’s watch, from the shape of its case, the material and the techniques adopted in crafting each minute part leave one dazed by their detail. Is it little wonder, that its creations are the most expensive ones for your wrist? Aviamost... Read More 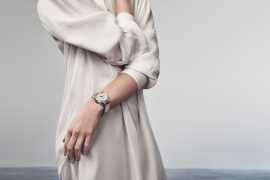 A Time for Grace… 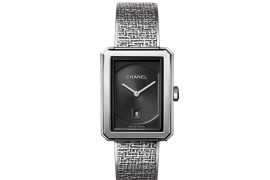 Time for fun with my PREMIÈRE·BOY DE CHANEL

PREMIÈRE BOY TWEED Tweed It was, above all, for her own personal use that Mademoiselle Chanel first began appropriating men’s clothing, even when it meant having to cut, re-sew and tailor... Passionate about movement, she conceived the ideal wardrobe for a woman who, like herself, was active, travelled, drove and played sport. Without hesitation, she boldly blurred the dress codes of the time, choosing materials for their comfort, first working with jersey and then tweed in the 1920s. “I’m... Read More